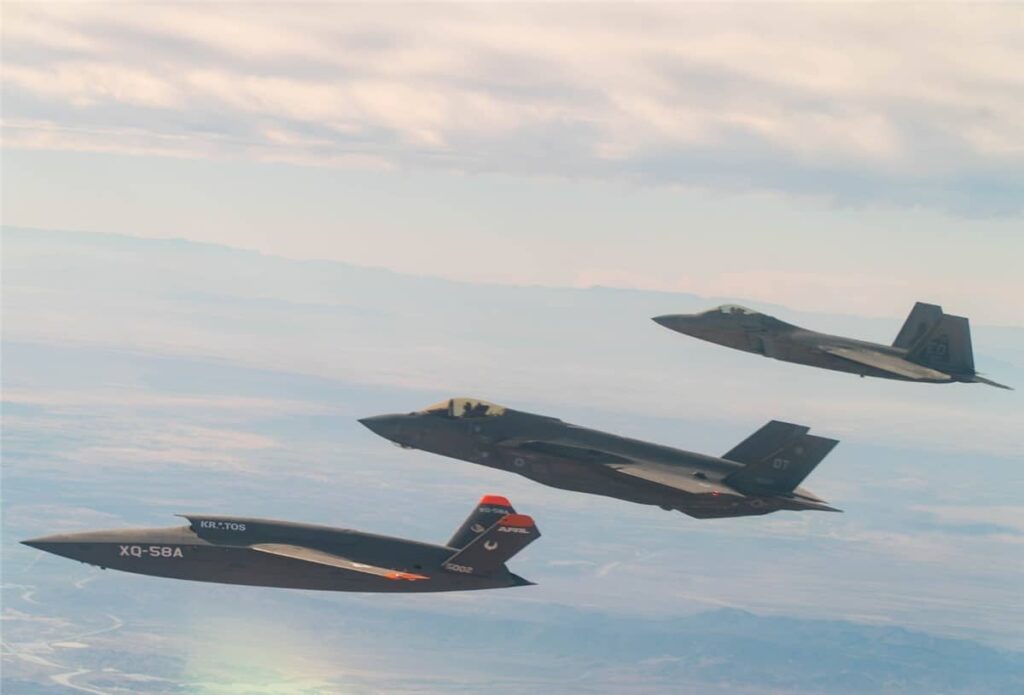 The XQ-58A is part of the AFRL’s Low Cost Attritable Aircraft Technology portfolio and is designed to be a runway-independent, re-usable UAV capable of a broad range of operational missions. The XQ-58A is significantly less expensive to operate than traditional piloted or unpiloted vehicles, while capable of achieving the same critical missions.

Brig. Gen. Heather Pringle, AFRL commander, commented: “The experiments [last week] represent what can be accomplished with the collaboration of industry, the Test Center, the acquisition community and AFRL. This was just a first step at demonstrating the potential of the force multiplier effects of attritable aircraft in a manned/unmanned environment.”

Michael Wipperman, AFRL XQ-58A Program Manager, said: “As the ABMS AttritableONE Product Lead and XQ-58 Valkyrie AFRL Program Manager, I’m proud of the partnership with AFLCMC, the Air Force Test Center, and our Air Force Acquisition and industry partners and the team’s ability to go from concept to demonstration in six months. This was the fifth successful launch and flight of the Valkyrie, but the first time the platform has flown in formation with an F-22 and F-35.”

“The XQ-58A modularity and ability to carry robust payloads enabled the rapid capability integration into an attritable experimentation vehicle. We’re thrilled with the seamless integration and demonstration of this flight. We look forward to continued capability enhancement at future demonstrations.”

Steve Fendley, President of Kratos Unmanned Systems Division, stated: “Kratos is extremely proud of the roles our XQ-58A Valkyrie and personnel are playing in enabling and demonstrating this key ABMS capability while aimed at maximizing the effectiveness of the exquisite 5th generation fighter systems. We are committed to development and realization of affordable defense technologies making today particularly exciting for us with this substantial achievement.”