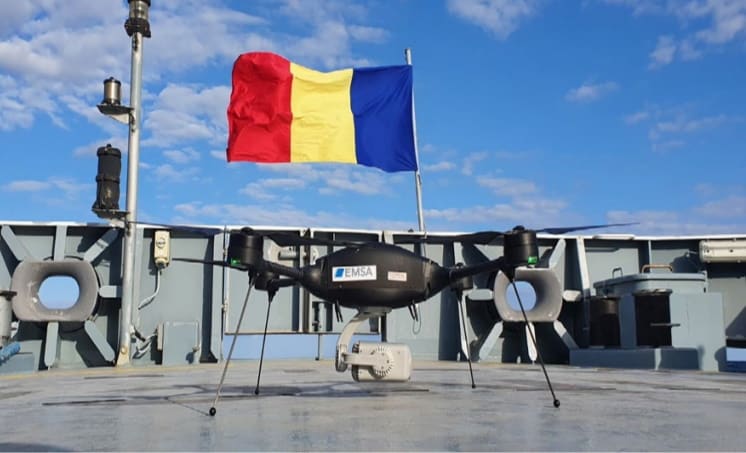 The service utilizes a Lockheed Martin Indago UAS operated by a Nordic Unmanned drone pilot. The operation is based on board the vessel Stefan Cel Mare, and data collected from the flights is transmitted in real time to users via EMSA’s RPAS Data Centre, which makes use of a powerful satellite communication internet service provided also by EMSA through its contractor SES.

The drone flights are taking place in Romania’s competency area over the Black Sea. The current operation runs until the end of the year and the Romanian Border Police Force is keen to extend the service into 2021 given the strong inter-institutional cooperation and operational benefits demonstrated so far.

Alexander Hatlestad, Vice President of Green Solutions at Nordic Unmanned, commented: “We are very proud to support EMSA and the RBP with our aerial surveillance capacity. The Indago platform has proven its value through several long-term maritime deployments with its impressive endurance and range, compared to its small logistical footprint.”