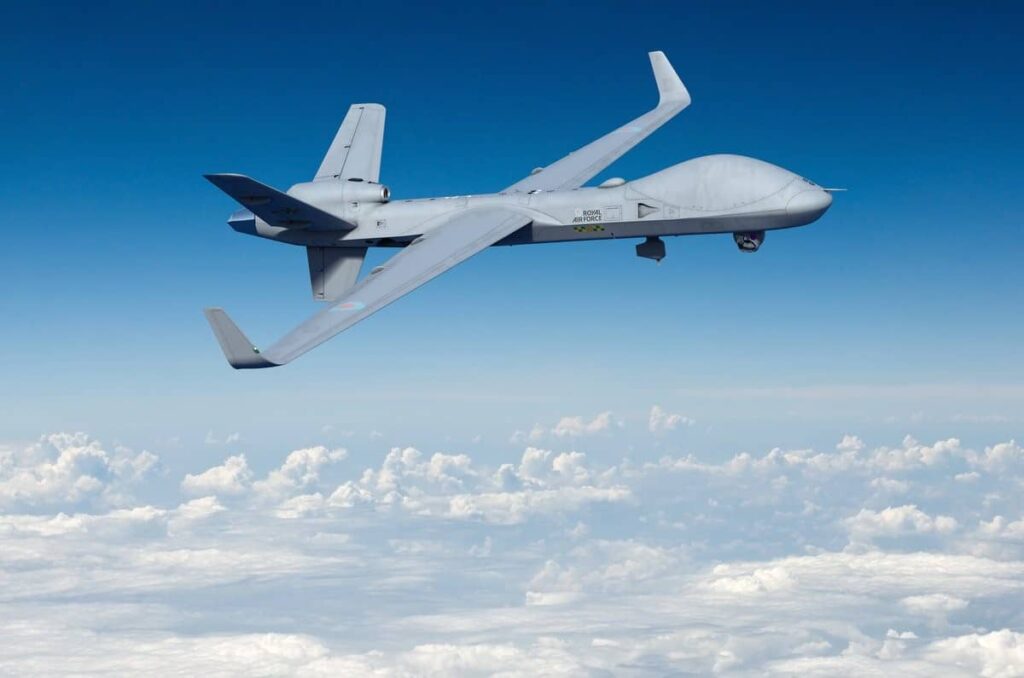 The United Kingdom Ministry of Defence (MoD) has signed a contract for the production of the UK’s first three Protector UAVs (unmanned aerial vehicles). Based on the General Atomics Aeronautical Systems Inc. (GA-ASI) Certifiable Predator B platform, Protector will be the first UK-operated system capable of strike missions anywhere in the world, and will replace the current Reaper unmanned aircraft fleet. The contract was announced by Defence Secretary Ben Wallace at the virtual 2020 Air and Space Power Conference.

Following a successful development phase by manufacturers GA-ASI, Protector is set to enter service by mid-2024. GA-ASI will build the first three Protector aircraft, plus three ground control stations and other associated support equipment. The fleet will be based at RAF Waddington, Lincolnshire, and will be deployed in wide-ranging Intelligence, Surveillance, Targeting and Reconnaissance (ISTAR) operations. The contract includes an option to build 13 more aircraft and four ground control stations, which will complete the current planned fleet of 16 aircraft, more than doubling the capability currently provided by Reaper.

The certified unmanned aircraft features state-of-the-art detect-and-avoid technology enabling it to fly in busy, unsegregated airspace, including civilian airspace. Its flight endurance of up to 40 hours will provide the RAF with vastly improved armed intelligence and reconnaissance sorties. Protector will be built with enhanced data links and will carry next-generation, low collateral, precision strike weapons, including the UK-made Brimstone missile (MBDA) and Paveway IV Laser Guided Bomb (Raytheon UK).

The UAS fleet will also have advanced anti-icing and lightning protection, providing the RAF with unprecedented flexibility to operate in extreme weather conditions. Meeting stringent NATO and UK safety certification standards, the aircraft has the potential to operate in civilian airspace to support civilian agencies in the UK, such as during search and rescue and disaster response missions.

Defence Secretary Ben Wallace stated: “The UK is proving once again that we are a world leader in defence technology. Protector will provide the RAF with vast global reach, meeting the UK’s defence and security needs for decades to come, and provides another increase to the unmanned inventory for the Armed Forces.”

“This aircraft will upgrade a whole range of lethal capabilities allowing us to control, protect and manage the battlespace from the air for hours on end.”

Sir Simon Bollom, CEO of Defence Equipment and Support, commented: “I am delighted to announce that we have got Protector production on contract. The DE&S team have demonstrated their remarkable resilience and overcome considerable challenges to ensure this significant programme remained on track.”

“Their efforts and the collaborative commitment from industry means that the RAF can still look forward to the delivery of the cutting-edge Protector and the step-change in capability that it brings.”