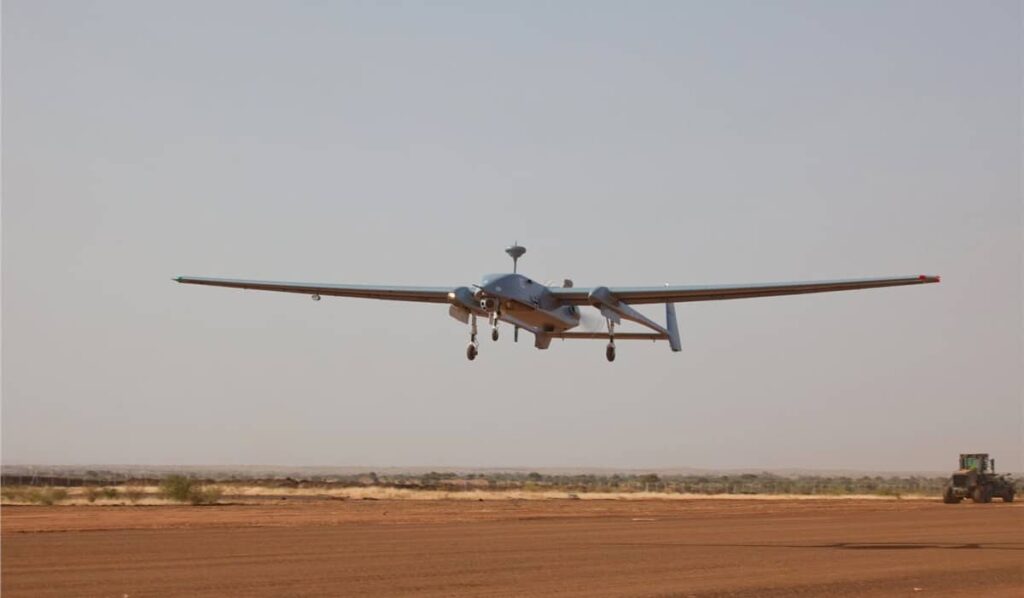 The German Armed Forces’ Federal Office of Bundeswehr Equipment, Information Technology and In-Service Support (BAAINBw) has entered into a renewed service contract agreement with Airbus Defence and Space for the continued operation of Heron 1 unmanned aerial systems (UAS) in Afghanistan and Mali. Manufactured by IAI (Israel Aerospace Industries), Heron 1 is an unarmed medium altitude long endurance (MALE) UAS which can stay airborne for up to 24 hours.

Heron 1 operations are managed in both theatres using a joint operator model between the Bundeswehr and Airbus Defence and Space in Bremen. This operator model has demonstrated excellent performance capabilities during operations, with a proven high system readiness of 99%. The deployments of the Heron system in Afghanistan and Mali also help develop expertise within the Bundeswehr with a view to future MALE RPAS systems.

The Heron 1 fixed-wing UAS has a wingspan of 16.6 meters, and undertakes missions such as detecting traps from the air, providing situational awareness for convoys and patrols, assisting forces in combat situations, forward reconnaissance, long-term monitoring and surveillance, and force protection. It is also used to support humanitarian missions.

These Heron 1 systems will eventually be replaced by the more powerful IAI Heron TP, following an operator agreement between Airbus Defence and Space and BAAINBw. The replacement will have a two-year set-up phase, followed by an operational phase lasting a further seven years, thereby bridging the gap until the completion of a sovereign European MALE UAS.