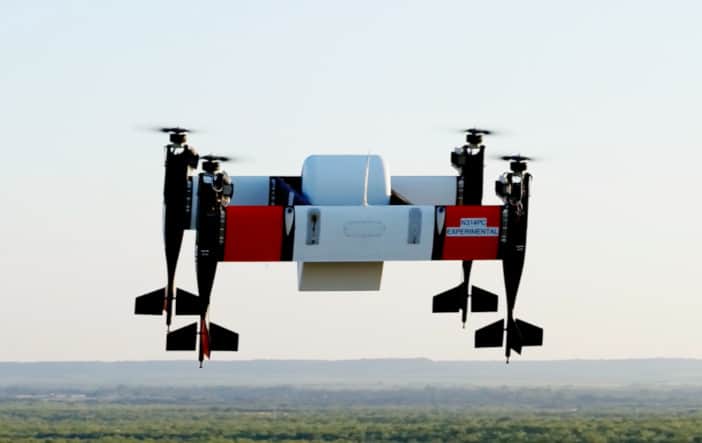 Bell’s Autonomous Pod Transport (APT), in partnership with the Choctaw Nation of Oklahoma (CNO), has completed a successful beyond visual line of sight (BVLOS) flight carrying 60lbs of payload at a testing site in Oklahoma.

Bell previously joined CNO’s Unmanned Aircraft Systems Integration Pilot Program (UASIPP) team, with the intent to conduct flights and tests under the FAA’s initiative in preparation for future advanced UAS operations. CNO is one of nine active UASIPP sites that has been selected by the U.S. Department of Transportation.

Both Bell and CNO share an interest in the growth of drone technology to serve communities, leading to CNO supporting Bell APT flight testing on their test site location in rural, southeastern Oklahoma. The APT is designed to autonomously deliver goods and information to often otherwise inaccessible locations, travelling over long distances and landing vertically.

CNO became the obvious location for APT flight testing due to its proximity to Dallas-Fort Worth, as well as CNO’s commitment to building facilities that support requirements necessary for these operations. In return, Bell is providing guidance to CNO on the creation of their Emerging Aviation Technology Test Center in regard to safety and efficient flight operations.