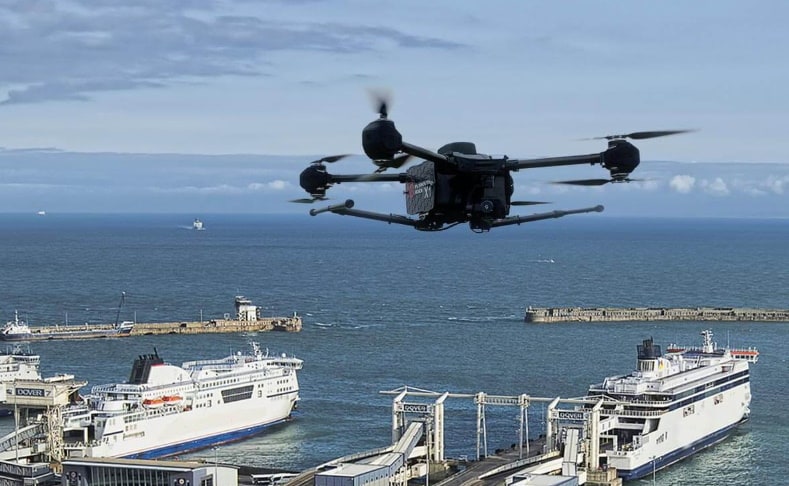 Tests have shown that cellular networks are suitable for serving drones in low-altitude airspace, which is ideal since the majority of drones fly fairly low and cell coverage is high above buildings and trees as most of the obstructive ground clutter is below. 4G and 5G therefore deliver effective and efficient connectivity for drones while maintaining the performance of ground-based mobile devices.

UTM, the system for unmanned traffic management under definition by the FAA and analogous to the European U-Space initiative, will deliver a globally standardized technology, allowing 5G networks to be integrated with these traffic management systems to enhance the safety and security of commercial drone operations.

BVLOS will open up applications for UAVs that are currently restricted in most jurisdictions around the world to low-altitude operations (below 120m or 400ft) within the visual line of sight of a human pilot. With BVLOS, both remote-controlled and autonomous drones will be able to fly further and longer, making drone operations for many industries more efficient.

SDTX is a critical application used when data is transmitted to ground stations beyond the remote-control station of the pilot, for both live broadcasting of the drone’s sensor payload data and saving time for data processing. Due to the large amount of data and AI processing involved, a data connection with a large bandwidth is required, for which 5G is highly suited.

Carl Cagliarini, Chief Strategy Officer of PRT, commented: “Our mission-centric focus on the X1 system has been evident in the capability and performance metrics demonstrated already. Almost all non-military drone remote control systems are based on radio connections similar to Wi-Fi frequencies with a limited range, usually under 2-3 miles. The X1 has both short-range capabilities, along with an optional military-grade system that enables BVLOS up to 60 miles. The addition of operational 5G capabilities using cellular networks will deliver command and control connections over unlimited distances provided that the drone has cellular network coverage around it. This also enables the X1 to be controlled, deliver and receive information in real time from and to anywhere in the world.”

Dana Wheeler, President & CEO of PRT, stated: “The key advantage is that this addition elevates the operational capability of the PRT unmanned aviation platform as an unrivalled place holder for the state of the art in the UAS industry. Further, the addition of 5G adds another layer of safety, should a pilot utilizing the X1 become incapacitated or the manual control device be damaged.”