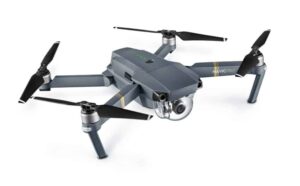 International law firm Steptoe has secured a significant trial victory for Autel Robotics USA at the US International Trade Commission (ITC). The ITC’s chief administrative law judge has ruled that DJI (made up of SZ DJI Technology Co. Ltd. and seven related entities) has violated Section 337 of the Tariff Act of 1930, as amended, by importing and selling drones that infringe US Patent No. 9, 260,184 belonging to Autel. The patent relates to the attachment of rotors to a drone as well as the manner in which the arms supporting the rotors fold up against the drone body.

Due to this finding, the chief administrative law judge recommended that the infringing DJI products, including the Mavic Pro, Mavic Pro Platinum, Mavic 2 Pro, Mavic 2 Zoom, Mavic Air, and Spark drones, be excluded from importation into the United States. The judge’s initial determination also recommended a cease and desist order prohibiting DJI from selling any of those products already in the United States at the time the exclusion order issues. It also granted Autel’s request that DJI post a 9.9% bond during the 60-day presidential review period following the exclusion order.

If the ruling is upheld by the full commission, these products could be taken off the US market in the very near future. In the meantime, Autel has filed a petition with the ITC to extend the exclusion order to include other popular DJI products including the Phantom 4 and Inspire series drones.