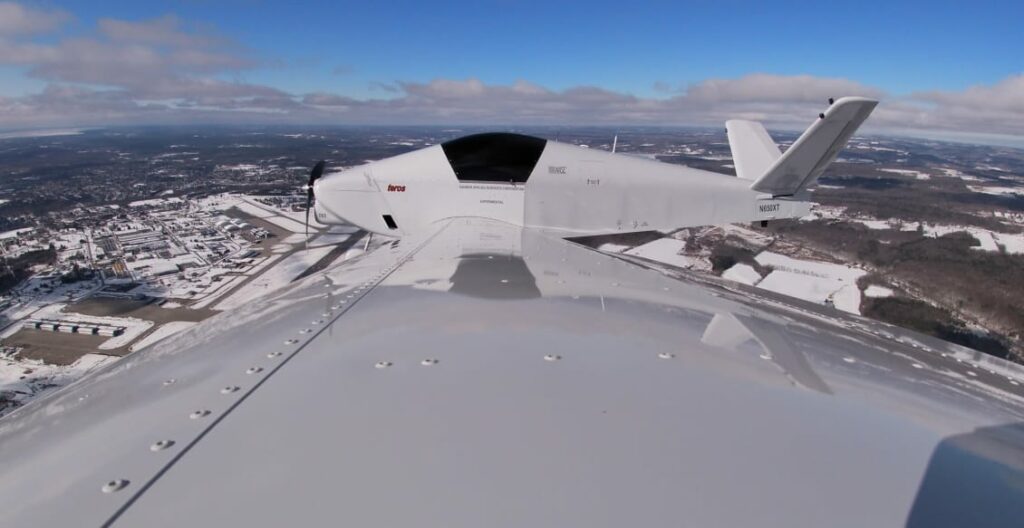 During the trials, the TEROS flew for approximately 1.5 hrs in both manual and autonomous flight modes, while successfully testing the aircraft systems / avionics suite. The TEROS UAV features flexible plug-and-play payload capabilities that allow it to carry multiple payloads totalling up to 600 pounds at high altitudes for extended periods. The rugged aircraft has been built to FAA Part 23 (structure and systems) and MIL F 83691 (flight characteristics) standards.

The TEROS is currently undergoing preparation for follow-on envelope expansion flight testing. NASC and partner company Sonex, an experimental aircraft manufacturer, will continue to consider improvements to be integrated into the next production update.

Richard Leverich, Senior Program Engineer at NASC, commented: “Today’s successful flight is a huge step toward reaching our ultimate goal of TEROS approval for integration into the National Airspace.”

Mark Schaible, CEO of Sonex Aerospace, stated: “The successful flight testing of TEROS is a major milestone for the Sonex companies. This benchmark has major significance with regard to the future of Sonex Aerospace and Sonex Aircraft LLC, promising growth opportunities to take Sonex to the next level of business operations, while continuing to serve our traditional sport aircraft market.”