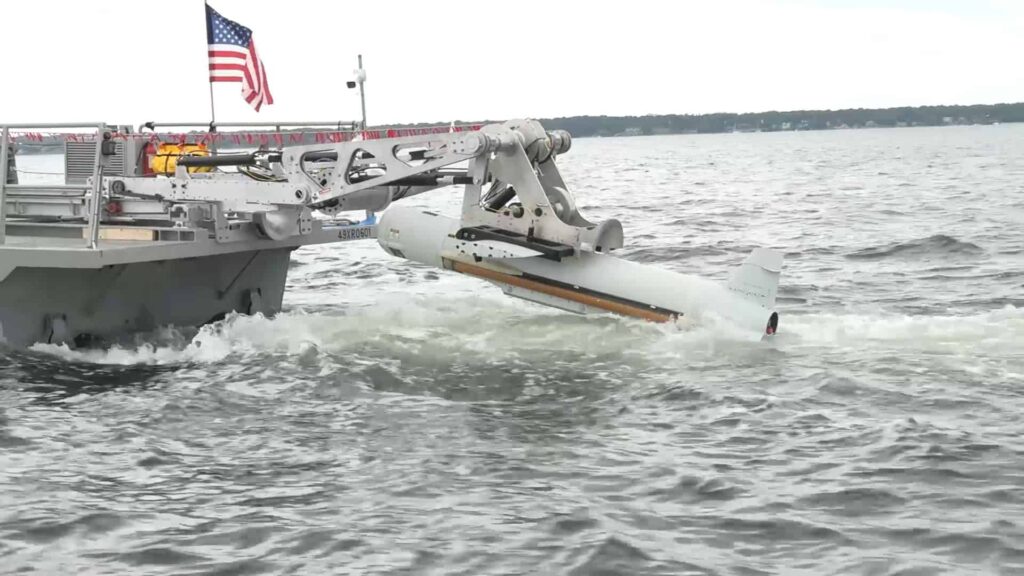 Raytheon Company has announced that it has officially delivered the tenth AN/AQS-20C minehunting sonar system to the U.S. Navy. at the Naval Surface Warfare Center, Panama City Division. The AN/AQS-20C is now fully qualified and for its initial operating capability will shortly be integrated onto the Navy’s MCM (mine counter measures) Unmanned Surface Vehicle (USV). The system is the program of record for the Navy’s Littoral Combat Ship (LCS) MCM mission package, and will eventually be integrated onto the LCS.

The AN/AQS-20C comprises five distinct sonars, including a synthetic aperture sonar that provides the highest possible resolution for acoustic identification. The system detects, classifies, localizes, and identifies mines on the seabed, near-bottom moored mines, volume mines, and near-surface mines. It is platform agnostic and can be integrated onto various tow vehicles, providing a key single sortie detect-to-engage capability that combines the search-detect-identify and neutralize elements of an MCM mission on a single platform.