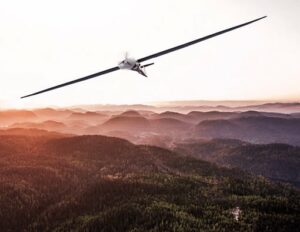 Crucially the Ultra LEAP has been converted from a high-performance, cost-effective, sport-class commercial airframe. This leveraging of the commercial aircraft market offers considerable cost saving advantages to the U.S Air Force in the long term. The Ultra LEAP is a fully automated system equipped with:

It is thought that the Ultra LEAP, which was developed in less than 10 months from concept, could be operational in the field by 2020, and that by being unmanned, training, support crews and operating costs will all be reduced. This combined with the integration of commercial off-the-shelf components, will significantly reduce the cost of manufacture and logistical spares.

Lead AFRL project engineer Paul Litke said of the project; “Developing a UAS with this level of endurance is an incredible achievement for future warfighting and battlefield success”.

This was supported by CRI Director and Senior AFRL Scientist Dr. Alok Das, who commented; “It will provide immediate benefit to our warfighters while at the same time paving the path for future low-cost, multi-day endurance ISR systems.”