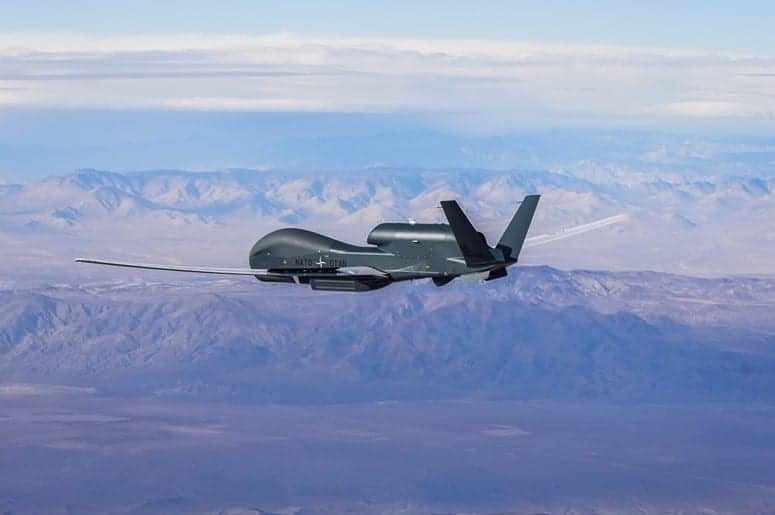 The NATO AGS RQ-4D UAV is based on the U.S. Air Force’s wide area surveillance Global Hawk, and has been adapted to NATO’s requirements for intelligence, surveillance and reconnaissance (ISR), including protecting ground troops, civilian populations and international borders in peacetime, battlefield missions and humanitarian missions during and after natural disasters.

The complete NATO AGS system, developed by a Northrop Grumman-led industry team that includes Leonardo, Airbus and Kongsberg, is comprised of the unmanned aircraft, plus ground and support segments. Advanced sensor technologies integrated into the UAV include the Multi-Platform Radar Technology Insertion Program radar. The aircraft itself meets the rigorous standards set by the Italian Directorate of Aeronautical Armaments and Airworthiness (DAAA) for what is the country’s first large unmanned aerial vehicle with a military type certification.

Brian Chappel, vice president and general manager, autonomous systems, Northrop Grumman, commented: “Northrop Grumman is proud to support NATO in its mission to protect and defend global security, while maintaining a position of collective deterrence for the Alliance. NATO missions will be enhanced by the strategic surveillance capability NATO AGS provides.”

Pan Tilt Units, Turrets and Pedestals for Drones, UAS, UGVs and Marine Vessel Payloads
View Profile Visit Website
Send Inquiry To receive further information or request a quote, complete your details and a representative from will be in touch.