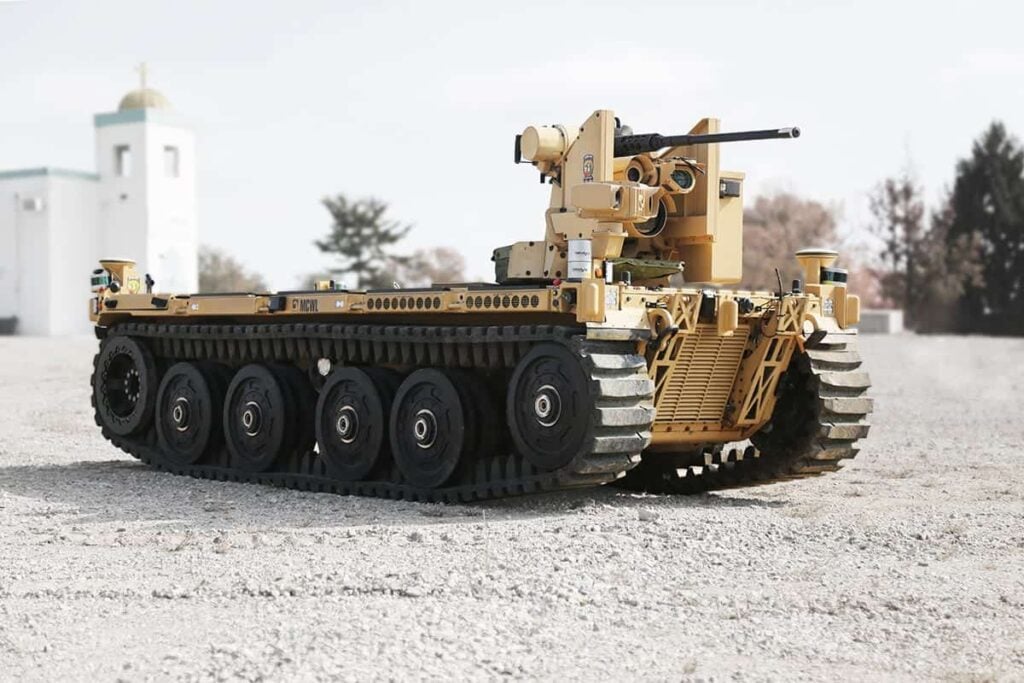 QinetiQ North America (QNA) and Pratt and Miller Defense have announced that the two firms have formed a partnership to develop an entry for the U.S. Army’s Robotic Combat Vehicle (RCV) program. The RCV competition aims to solicit designs from industry for unmanned ground vehicles (UGVs) that can aid soldiers in combat roles, with manned/unmanned teaming (MUM-T) being a particular focus.

The team will submit a modified version of Pratt and Miller’s Expeditionary Modular Autonomous Vehicle (EMAV), a tracked autonomous vehicle designed to provide tactical infantry support at the platoon level. The entry is being displayed at the 2019 Association of the United States Army (AUSA) Annual Meeting in Washington, D.C.

The RCV submission will integrate QNA’s modular open-architecture UGV control systems with Pratt & Miller’s advanced autonomous mobile platform. The resulting system is a robust non-developmental solution that fulfills the U.S. Government’s required brief. The RCV base platform has already been proven through direct battlefield experiments to be agile, powerful, and highly reliable.

Jeff Yorsz, President of QNA, commented: “QinetiQ North America has focused on fielding advanced technical solutions to help our military counter emerging threats for over 25 years. We are excited to team with a company that has equal passion of providing groundbreaking real-world solutions to our warfighters.”

Matt Carroll, Pratt & Miller CEO, stated: “Our combined cultures of innovation and expertise in supporting the warfighter will provide the US Army with a mature world class solution for the RCV program.”