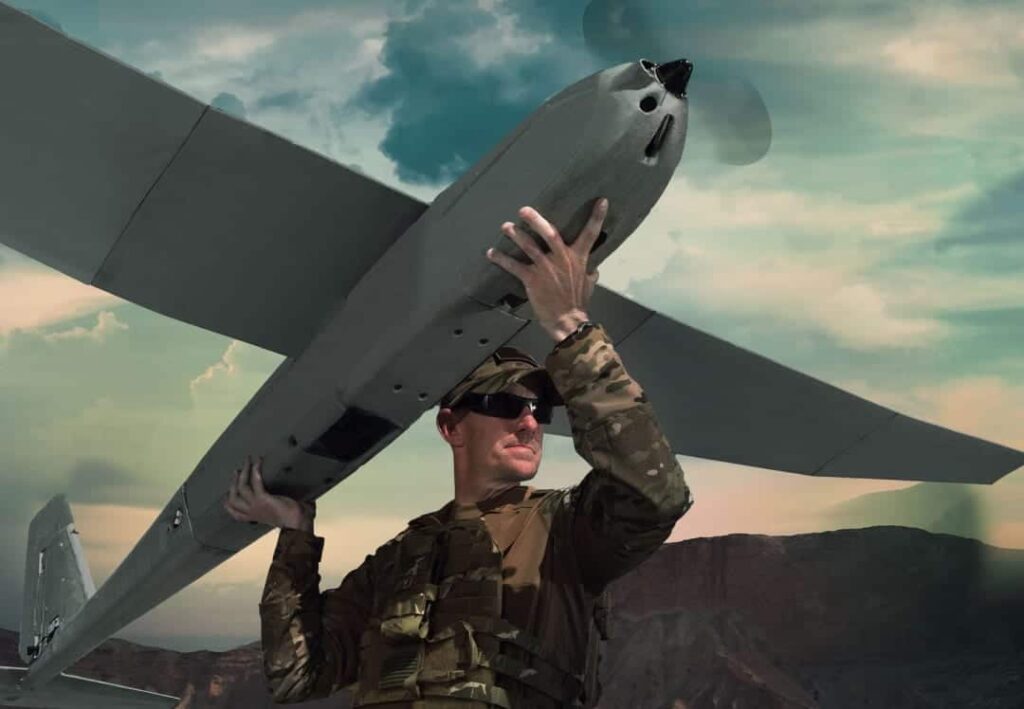 AeroVironment has announced that it has launched the Puma LE (Long Endurance), the next generation of its Puma All Environment family of small UAS (unmanned aircraft systems). The Puma LE improves on the battlefield-proven Puma AE with new capabilities, increased range, and expanded payload capacity, providing Group 2 UAS capabilities in a Group 1 footprint.

The Puma LE features an integrated Mantis i45 gimbaled EO/IR sensor and NVG-visible laser illuminator for high-performance intelligence, surveillance, and reconnaissance (ISR) at any time of day or night, over land or in maritime environments. The UAV weighs 22.5 pounds (10.4 kilograms) and can carry a payload of up to 5.5 pounds. Launched by hand or with a bungee launcher, it is capable of a 5.5 hour flight endurance, and can be operated at a range of up to 60km with AeroVironment’s Long-Range Tracking Antenna (LRTA).

The UAV can be operated manually or using the Ground Control Station (GCS) common to all AeroVironment sUAS. It uses interoperable line-replaceable unit (LRU) components that can also be used with Puma AE UAVs, thus providing operators with reduced logistical requirements and easier training. A variety of flexible system options allow customers to choose the right configuration based on mission requirements.