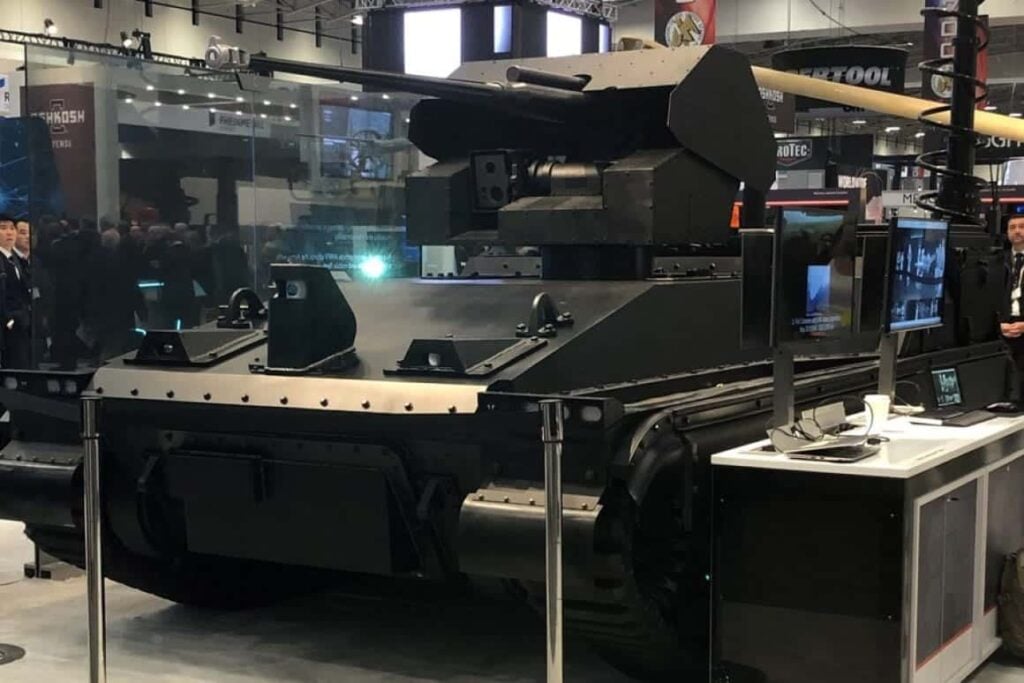 BAE Systems has announced the debut of its Robotic Technology Demonstrator (RTD), a prototype unmanned ground vehicle (UGV) platform designed for battlefield roles. The vehicle has been showcased at the Association of the United States Army’s (AUSA) Annual Meeting & Exposition in Washington, D.C.

The autonomous RTD features a range of state-of-the-art technologies, including:

The flexible platform can be adapted to take advantage of future developments in weapon systems, sensors and other payloads.

James Miller, director for business development at BAE Systems Combat Vehicles, commented: “The Robotic Technology Demonstrator is designed as a ‘rolling lab’ to integrate emerging autonomy and lethality technologies for testing. The electrical infrastructure, advanced optics, and software that have been integrated onto this highly reliable and robust chassis provides the foundation for truly game-changing battlefield capability. BAE Systems built this demonstrator to help us determine the best way to mitigate risk for our soldiers while increasing their lethality.”