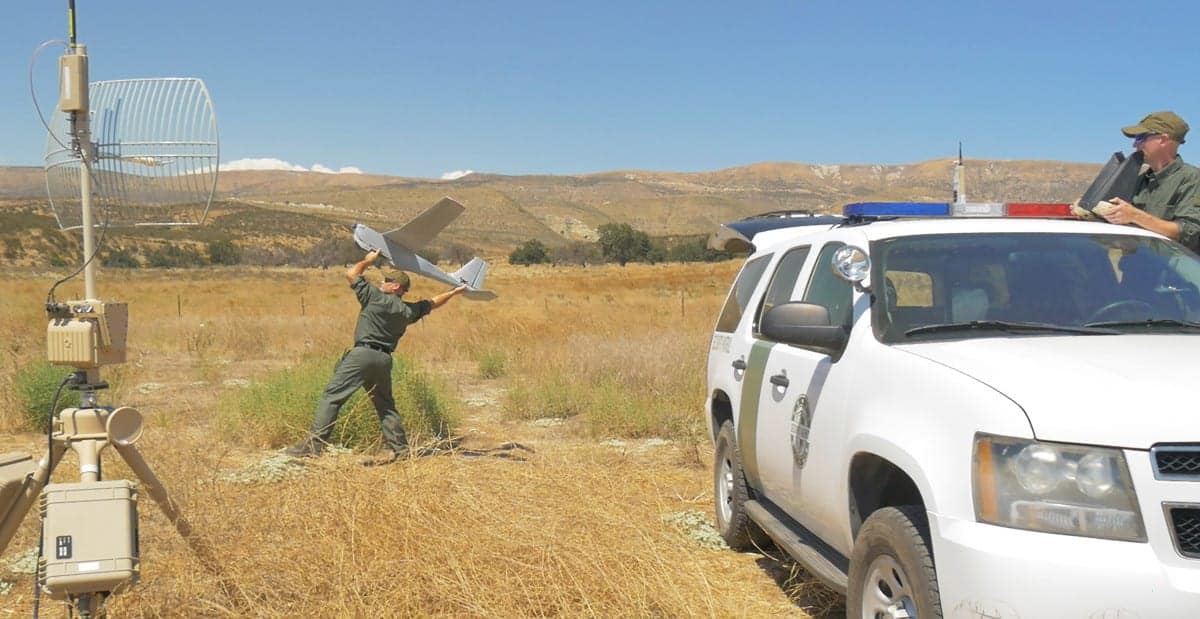 AeroVironment has announced that it has received a contract to provide Puma 3 AE unmanned aircraft systems (UAS) and support equipment to the U.S. Border Patrol, part of the U.S. Customs and Border Protection (CBP).

The Puma 3 AE is a small UAS that can be launched from anywhere, at any time, without the need for runways or launch devices, and can land in water or the ground. It is easy to transport, deploy and operate, and with its Mantis i45 sensor suite provides high-resolution, continuous or on-demand spot surveillance of critical land and sea border areas. The Puma will extend the reach of Border Patrol agents with lower cost and greater convenience than manned or larger unmanned aircraft.

The Border Patrol will also use the Puma 3 AE drones to support humanitarian missions, assisting in the location of individuals in need of aid along difficult-to-reach border areas and responding to natural disasters.

Rick Pedigo, AeroVironment vice president of business development, commented: “Operating on the nation’s front line, U.S. Border Patrol agents deploy the AeroVironment Puma system day or night from a safe distance to scan a border area for activity and then use that information to respond more quickly, more stealthily and with less risk. Puma takes on the tougher missions in treacherous and dangerous terrain and keeps border agents out of harm’s way. Border Patrol agents pack the system on their vehicles, allowing them to gain an eyes-in-the-sky advantage at a moment’s notice.”