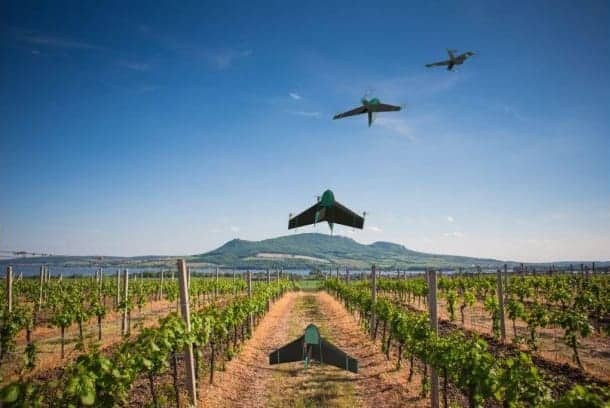 Atmos UAV, a manufacturer of UAS (unmanned aerial systems) for mapping and surveying, has announced that it has expanded its payload options with the new MicaSense sensor, Altum. Altum integrates a radiometric thermal camera with five high-resolution narrow bands, producing advanced thermal, multispectral and high-resolution imagery in one flight for advanced analytics.

According to Atmos UAV, Marlyn, the fixed-wing VTOL surveying platform developed by the company, is now the only drone in its class capable of carrying this new high-end sensor. With this integration, Atmos team wanted to offer professionals a tool that maximizes their surveying capacity in numerous applications. The new Altum is an advanced sensor for capturing calibrated data that can be used in phenotyping, crop health mapping, water stress analysis, leak scouting, fertilizer management, zone mapping, disease identification, and more.

“When Altum was announced by MicaSense we all realized that this is really a big step in remote sensing, so we are really excited with the new integration. Thanks to Marlyn’s flexible design we were able to finish the integration without compromise, and we are now looking forward to receiving the results from our first Altum customers,” said Joost Bouman, Chief Operation Officer at Atmos UAV.

To allow the data analysis to be absolute rather than relative, the new integration includes the next-generation light sensor DLS 2 for irradiance and sun angle measurements. The DLS 2 substantially improves radiometric accuracy, while at the same time reducing the post-processing time.

“The integration of the Altum with Atmos UAV’s Marlyn is the first announcement of an upright VTOL platform paired with Altum. All indications point to this being an excellent option for end users. The Altum’s high resolution imagers and USB storage feature mean quality resolution multispectral data at higher altitudes with plenty of storage capacity for the captured files. This flexibility, combined with Atmos’ offering of the full drone solution (drone, sensor, flight planning software, processing software) makes this integration a very exciting option for our customers,” commented Drew Baustian, Business Development Manager.