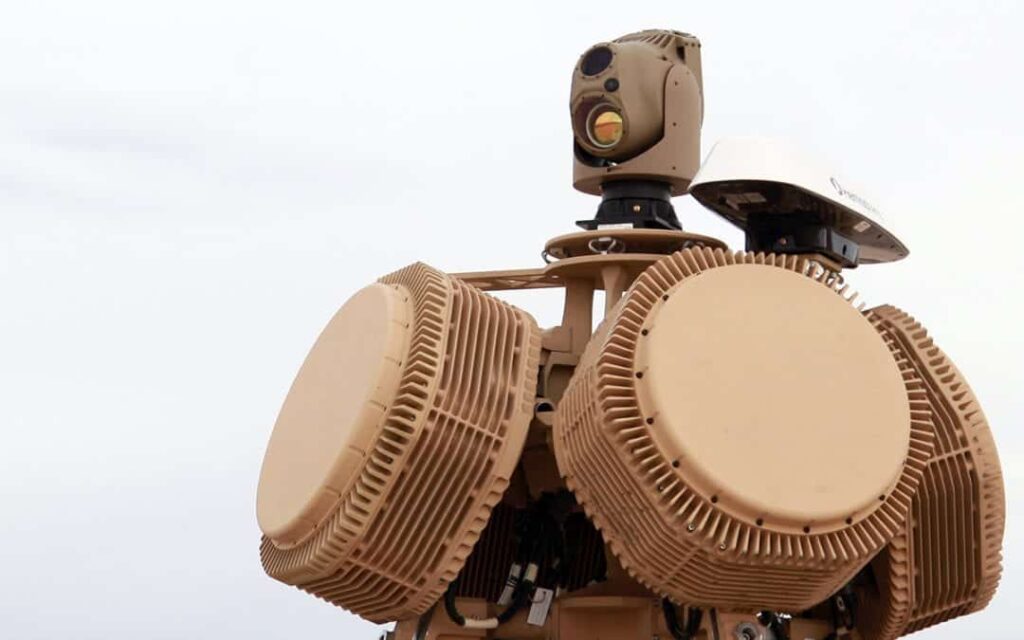 Ascent Vision Technologies (AVT) has announced that a variant of its Marine Air Defense Integrated System (MADIS) family of counter-drone systems, the LMADIS, in use by the U.S. Marine Corps, has defeated a hostile drone in the Persian Gulf. The drone flew within 1,000 yards of a US Navy Vessel.

The LMADIS is the product of a rapid development effort by Ascent Vision Technologies (AVT), the USMC Ground Based Air Defense team, and other partner suppliers. The MADIS family has successfully countered enemy UAS (unmanned aerial systems) in theater over an 18-month series of successful deployments, with dozens of systems deployed worldwide supporting multiple branches of the U.S. military and allied nations.

This encounter may mark the first instance in which the United States or its allies have openly destroyed a military drone from a nation-state adversary. Furthermore, this event highlights the increasing importance of detection, tracking and defeat capabilities that are fluent in anti-drone operations. UAS present a unique threat profile that differs distinctly from manned aircraft and indirect fire.

Over the past three years, AVT has been awarded several contracts to support the USMC, USAF, CTTSO, US SOCOM, the Australian Military and others with sales of the MADIS CUAS solution.

The mission of the MADIS (all variants) is to detect, locate, track, identify and defeat small unmanned aerial systems (sUAS) by combining the capabilities of radar, optics, radio frequency detection, and electronic command and control mitigation of the aircraft. The MADIS is able to accomplish the mission while the unit is static or on-the-move.

Over the past 2 years, world-wide incidents of negative drone-related activity have included combatants using commercial off-the-shelf drones on the battlefield, and intentional disruption of civilian airports. In the last 12 months, AVT has been awarded over $40 million in contracts in support of multiple anti-drone initiatives for the US and allied militaries.

“We are humbled that the U.S. Military continues to utilize our equipment to protect the lives of our brave men and women serving overseas. The AVT team will continue to innovate to stay at the cutting edge of force protection operations,” said Lee Dingman, President and Chief Commercial Officer for AVT.

AVT will be exhibiting the X-MADIS system at DSEI in September 2019.