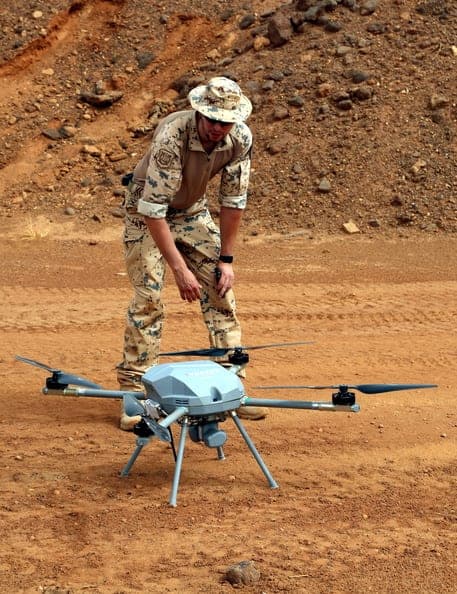 Threod Systems, a developer and manufacturer of drones for tactical and commercial applications, has confirmed that its quadcopter Titan Unmanned Aerial Vehicle (UAV) has been deployed in Mali, Africa. Deployed with Milrem Robotics’ THeMIS Unmanned Ground Vehicle (UGV), the two unmanned systems will support the troops of Estonian Defence Forces conducting operations there.

The Titan VTOL UAV can operate independently, providing surveillance or last mile support to ground units. The quadcopter platform has a multi-payload capability and lift capacity of 6 kg, making it ideal for a range of military of missions.

The THeMIS UGV is used as a transport or observation platform: it can transport equipment, such as ammunition, to lighten soldier’s load. The combined unmanned solution (UAV and UGV) is a modular, semi-autonomous and deployable capability that provides the unit commander with combat service and intelligence support with limited/minimum man-in-the-loop involvement.

Importantly, the two combined unmanned systems are a real force multiplier; they can significantly extend operation times, outperforming the endurance of any wireless drone. The system provides situational awareness and force protection for ground units, allowing for faster deployment and enhanced interoperability of ground forces.

The extreme climatic conditions in Mali have provided Threod with an opportunity to further assess the weather resistance of their VTOL UAV and push it’s boundaries in harsh environments. 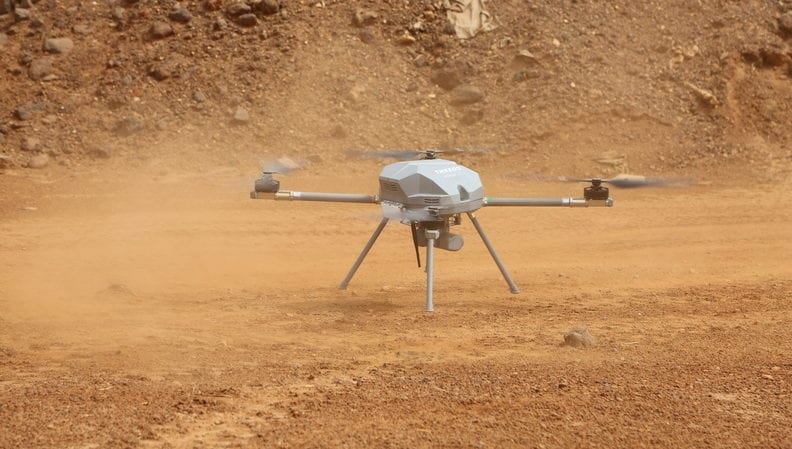 The mission of Estonian soldiers in Mali is to ensure the security of the French base in Gao and its vicinity. Operation Barkhane is a French-run counter-insurgency operation in the Sahel region. Its aim is to support the warfare against Islamic extremists in five countries (Mauritania, Mali, Burkina Faso, Niger, Chad). Thus, preventing illegal immigration and trafficking in Europe.

The mission is a great opportunity to provide the units of the Defence Forces with experience in the use of unmanned systems and enhance their operational capabilities.

“It is an operation in one of the world’s most challenging climates. It is a priceless experience for us and knowledge gained during the mission will be used for further R&D.,” said Jüri Pajuste, Director of Milrem Robotics’ Defense Programs Department.