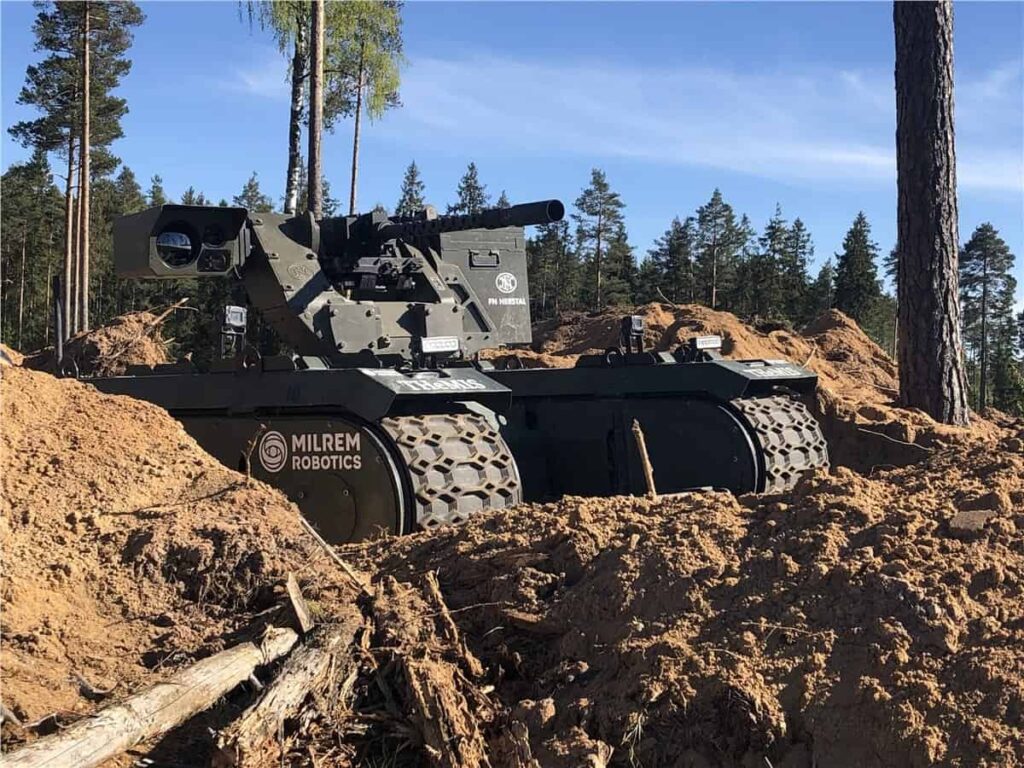 The UGV, carrying a .50 cal (12.7mm) heavy machine gun, was being used by soldiers from the Kuperjanov Infantry Battalion who were faced with a variety of different battlefield scenarios, which included defensive and offensive actions. Combat missions were simulated and carried out in rural as well as urban areas.

This is the second time that FN Herstal and Milrem Robotics deployed their joint solution during the Spring Storm in a continuous effort to perfect the force multiplier UGV for end-users.

“We are proud to maintain our partnership with Milrem Robotics by deploying our latest developments in realistic field conditions”, said Igor Klapka, VP Systems for FN Herstal. “For the first time, we are showcasing new ways to control the deFNder® Remote Weapon Station: the operator being mobile with the troops and commanding the weapon thanks to a portable controller and observing via a screen or through display goggles. As always, and more than ever, the human stays in-the-loop.”

Spring Storm is an annual military exercise with about 10,000 members of the Estonian Defence Forces (EDF), NATO’s Enhanced Forward Presence battlegroup, and a variety of other allied units taking part this year. The military personnel of Belgium, Canada, Finland, France, Georgia, Germany, Great Britain, Latvia, Lithuania, Poland, the United States of America, Ukraine, and Estonia were participating in this year’s exercise.