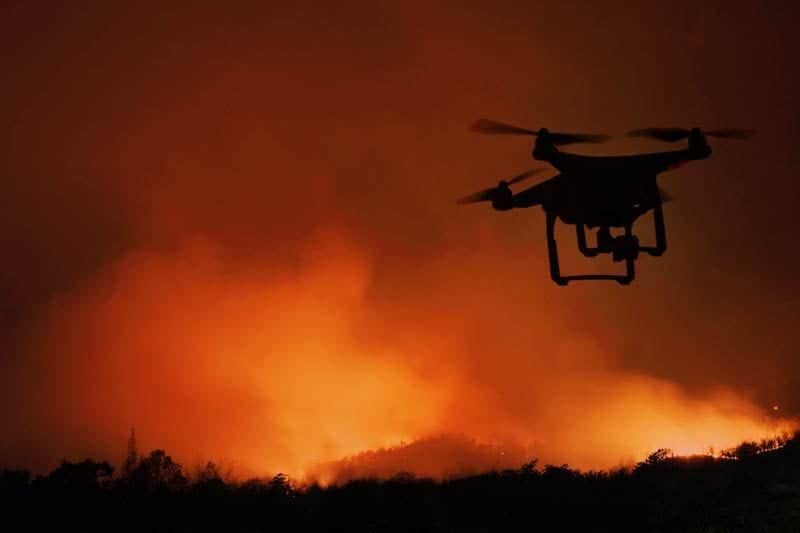 Telefónica, in collaboration with the Carlos III University of Madrid, Divisek and Dronitec, has announced that it has carried out a sustainable drone-based pilot scheme for the early detection of forest fires, based on Internet of Things (IoT) solutions. Contributing to the prevention of fires is highly important for Spain, as they are one of the greatest ecological threats in the country.

Vicente Muñoz, Chief IoT Officer of Telefónica, pointed out: “The evolution of unmanned vehicles such as drones, improvements in sensors and IoT communication networks are revolutionising the monitoring of all kinds of infrastructures and the management of emergencies such as fighting forest fires. Thanks to IoT technology, fires can be detected early and vital information can be known to make better decisions at an early stage, which can help to quell an emerging fire so that it does not lead to a large devastating one.”

Specifically, the project takes advantage of the telecommunications towers that Telefónica has throughout the territory. The towers are equipped with thermal sensors, which are capable of detecting any possible outbreak of fire in a perimeter of up to 15 km. Within these towers there is a hangar with a drone, also equipped with sensors including thermal and optical cameras. Once the thermal sensors detect a fire they send an alert to the drone with the exact location where a fire may have started. The drone then flies autonomously to that point, even in conditions of low visibility, collects optical and thermal images and sends in real time all the information it collects to the emergency services thanks to the mobile connectivity provided by Telefónica towers.

The system also allows the emergency control centre to take control of the drone at any time to gather more information and track the fire environment. Once the mission is over, the drone returns to the hangar and gets ready for future flights, automatically recharging its batteries. Knowing what is going on allows the emergency services to make better decisions such as what resources to send or how best to extinguish the fire.

This pilot was conducted in collaboration with the Carlos III University, Divisek and Dronitec. This University has developed the entire autonomous flight system and the interface with which the emergency service sees all the information in real time, while Divisek has been in charge of the autonomous drone recharging system and Dronitec has collaborated in all the services associated with the drone.

This is the first step towards the development of services that contribute towards preventing forest fires with technology and thus reversing the figures that make Spain the European country most affected by forest fires, with 7,143 fires and 25,162.44 hectares devastated by flames in 2018.