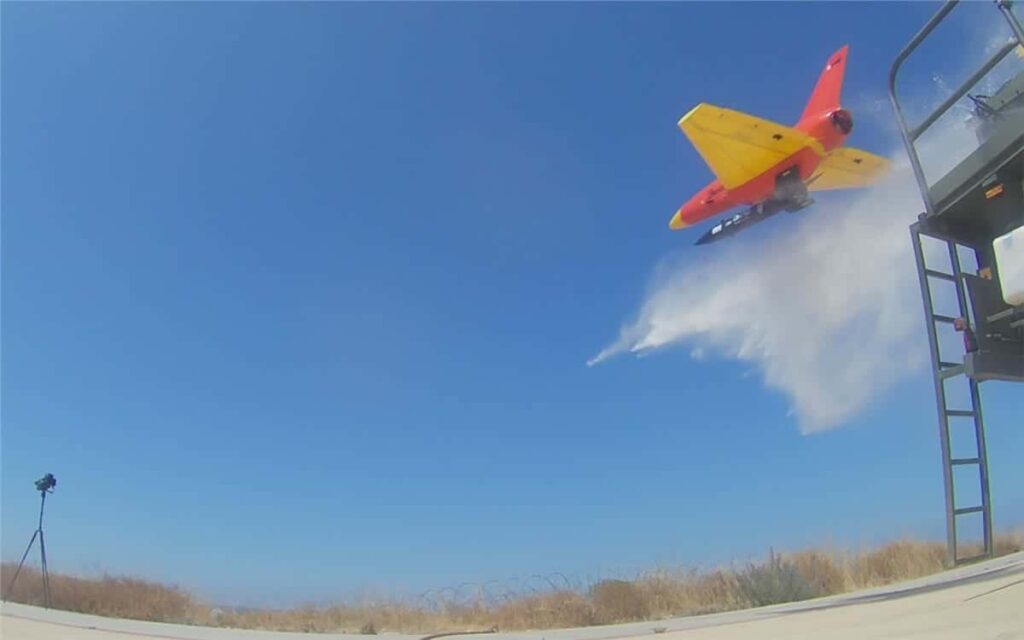 QinetiQ has unveiled a new Unmanned Aerial Vehicle (UAV) supersonic target that can be attached to the company’s jet Banshee aerial target and launched during flight.

Rattler was built to enable ships and aircraft to practice tracking missiles. This new air-launch capability from the jet Banshee has been successfully trialled in Canada over the past twelve months. This evolution in threat representation technology is a key part of QinetiQ’s strategy to lead and deliver world-class test and evaluation, training and mission rehearsal capabilities for governments around the world.

Peter Longstaff, Managing Director of QinetiQ Target Systems says, “Rattler is a low-cost manoeuvrable supersonic target and something brand new for the live fire, test and evaluation community. Rattler costs substantially less than any high-speed threat representative target currently on the market and being air-launched means that we can now conduct a full end-to-end threat representation profile. We are delighted to add the air-launched Rattler to our portfolio of affordable next-generation targets which we can either provide as a product sale or deploy to a customer’s site as part of a managed service for test or training purposes.”

When being air-launched, the jet Banshee aerial target with Rattler attached is set off from a ground launcher, directed into the operational area and can be recovered using a parachute. The Banshee and Rattler combination can be launched in three different modes that replicate various threat profiles.

Once launched, Rattler is operated with a proprietary QinetiQ guidance system and flight termination system (FTS) that enables full control at all times. Rattler can be equipped with customer requested payloads such as radar augmentation and miss distance indication.