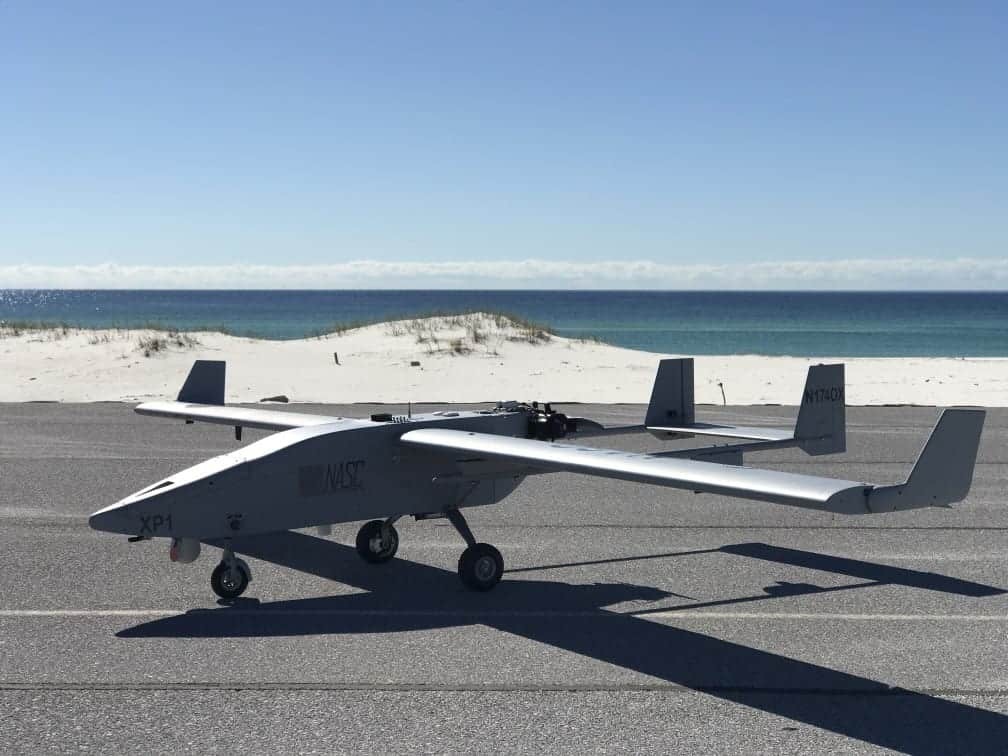 Navmar Applied Sciences Corporation (NASC) has announced that it has received a Special Airworthiness Certification in the Experimental Category from the FAA (Federal Aviation Administration) for two of its NASC TigerShark-XP UAVs (unmanned aerial vehicles), the N1740X and N1750X. The TigerShark-XP is a variant of the US Navy RQ-23A Group III Unmanned Aircraft System. The RQ-23A saw service in both Iraq and Afghanistan with over 100,000 flight hours.

The TigerShark-XP has been assigned to research and development projects such as aircraft anti-ice and de-ice projects, detect-and-avoid development, National Airspace integration, weather detection and avoidance, and numerous payload operations for NASA and Academic R&D programs. As experimental aircraft, they are also utilized as autopilot development platforms evaluating denied GPS environments and other command and control innovations.

Both the TigerShark-XP and its larger NASC stablemate, the NASC Teros, offer a “Plug and Play” capability and can be equipped with a variety of payloads including onboard weather radar, detect-and-avoid radar, 4G LTE data links, Iridium satellite, and an expanded Silvus MIMO radio network.