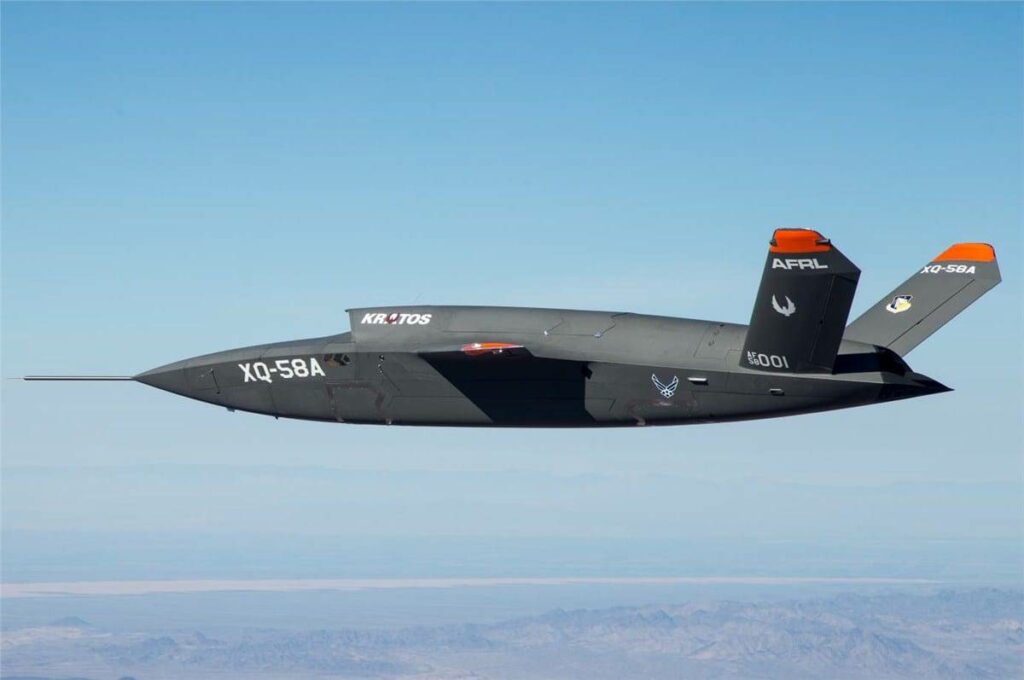 Kratos Defense & Security Solutions, Inc. has announced that its new Oklahoma City production facility will be the future home of the XQ-58A Valkyrie UAS (unmanned aerial system), which recently successfully completed its maiden flight. The announcement was made during an event at the facility during which Kratos’ first MQM-178 Firejet target drone aircraft was unveiled.

With primary customers including the United States Air Force, Navy, and Army, as well as foreign ally militaries, the Kratos Unmanned Systems Division opened this new production facility in November 2018 to accommodate the existing and increasing demand for its newest line of high performance, jet-powered unmanned aerial tactical and target systems. The XQ-58A Valkyrie is a runway-independent stealth drone capable of long-range flights at high-subsonic speeds, developed in partnership with the Air Force Research Laboratory (AFRL), that will be deployed by the U.S. Air Force as a “wingman” flying alongside manned aircraft.

Eric DeMarco, CEO of Kratos Defense & Security Solutions, Inc., said: “Kratos is excited to announce that Oklahoma will be the future home of the XQ-58A Valkyrie. Kratos and the state of Oklahoma share a commitment to supporting our armed forces. As our company continues to grow and develop and build high-performance, low-cost technologies like the Firejet and the Valkyrie, we are proud to be doing so here. Oklahoma’s skilled workforce will help us keep America safe.”

Steve Fendley, President of Kratos Unmanned Systems Division, said, “As demand for Kratos’ target and tactical unmanned aerial systems continues to increase, so too does our need for additional and parallel production capacity. The Oklahoma facility provides us the added bandwidth necessary for sustained growth, and with the Firejet now in production here, achieves a key and exciting milestone. The Kratos team is grateful for the incredible support from the Oklahoma leaders and community that made this goal a reality in record time.”

“I am glad to join with the Oklahoma City community to welcome Kratos Defense,” said Senator James Lankford (R-OK). “Oklahoma is a national leader in aerospace and technology and an excellent home for the production of the unmanned Valkyrie and Firejet. We are grateful for Kratos’ commitment to our national defense, and we welcome another great employer to the state.”