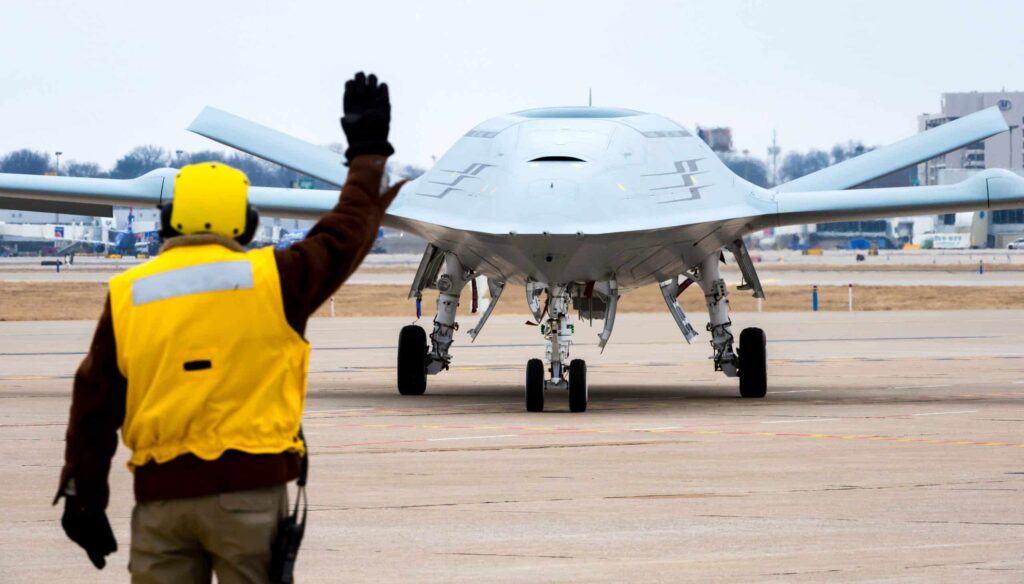 Triumph Group, a manufacturer of aerospace and defense systems, has announced that it has been awarded a contract by The Boeing Company to supply critical hydraulic system components for the MQ-25 unmanned aerial refueling program.

“Triumph Group is proud to be selected by Boeing to support the U.S. Navy’s unmanned aerial refueling program and provide a variety of hydraulic subsystems used in the flight controls, landing gear, aerial refueling and arresting systems of the MQ-25,” said Frank Dubey, Executive Vice President for Triumph Integrated Systems. “These systems play a critical role in ensuring consistent operational performance of the aircraft to support the mission. We look forward to working with Boeing on the MQ-25 program through to production.”

The MQ-25 is the U.S. Navy’s first operational carrier-based unmanned aerial vehicle (UAV) and is designed to provide a much-needed refueling capability. The contract supports Boeing’s engineering and manufacturing development program to provide four MQ-25 aircraft to the U.S. Navy for Initial Operational Capability by 2024.

Triumph Group has been a supplier to Boeing since the company’s founding 25 years ago, and many of its businesses have supported the company even longer. This latest contract will help sustain jobs within the Integrated Systems’ Fluid Power and Actuation operating company. Triumph Group supplies a wide range of systems, components and complex structures for multiple Boeing defense programs.