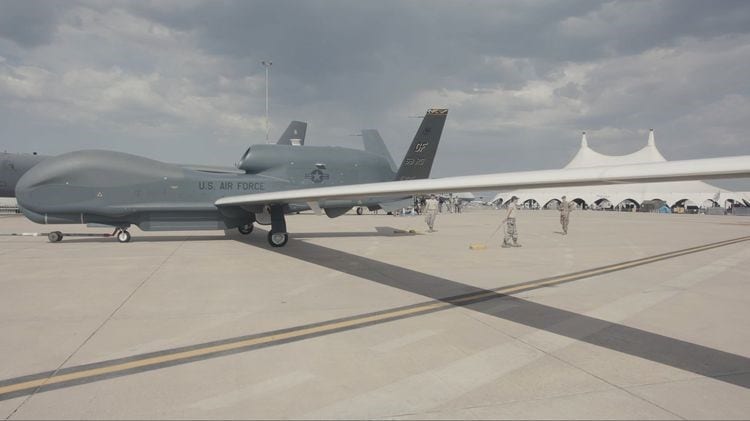 Northrop Grumman has announced that its RQ-4 Global Hawk autonomous unmanned aircraft system (UAS) has landed at the Avalon 2019 Australian International Airshow and Aerospace & Defence Exposition, marking the first time that the aircraft has landed during an airshow.

The aircraft flew in smoothly, landing precisely on the runway before pausing and then taxiing itself to a point where it was towed to the static display area.

This autonomous system has been supporting the U.S. and its allies for nearly two decades around the world. The Block 40 aircraft arrived after a 13-hour, 3,075 nautical mile journey from Andersen Air Force Base in Guam.

This historic first for Global Hawk was made possible due to the support of and partnership with the United States Air Force, in collaboration with the Royal Australian Air Force and airshow organizers.

Watch a video of the Global Hawk UAS landing below: