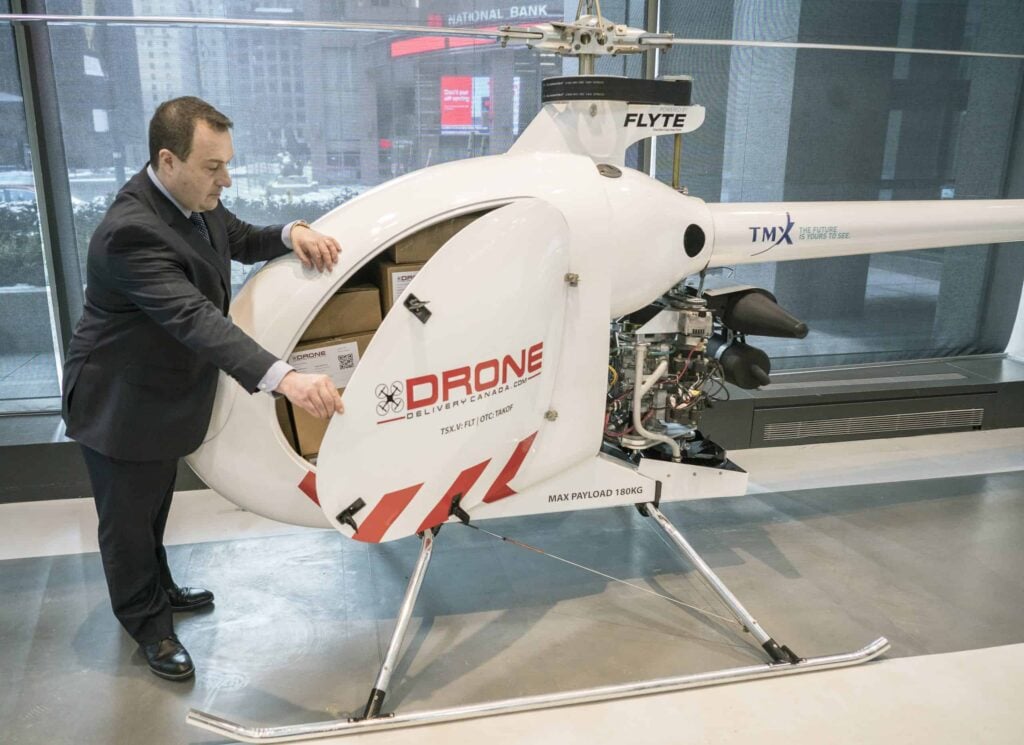 Drone Delivery Canada (DDC) has announced that it has unveiled its largest cargo and farthest range delivery drone, known as the Condor, at public and investor launch events at the TMX Broadcast Centre Gallery in Toronto.

The Condor has been in development for the past year and is the next generation in DDC’s cargo delivery unmanned aerial vehicles (UAVs). It features a payload capacity of 180 kilograms or 400 pounds and a potential travel distance of up to 200 kilometres, and is powered by a next generation gas propulsion engine.

The Condor measures 22 feet long, 5.1 feet wide and seven feet tall. It has a wingspan of approximately 20 feet and is capable of vertical take off and landing. It is equipped with DDC’s proprietary FLYTE management system, which is the same platform used in all of DDC’s cargo delivery drones. This is also the same management system that was used during the company’s operations in Moosonee and Moose Factory, Ontario in support of Transport Canada’s Beyond Visual Line-of-Sight (BVLOS) pilot project.

DDC will be working closely with Transport Canada to secure the necessary approvals to begin flight testing the Condor in Q3 of 2019.

A video of the Condor can be found at the DDC website.