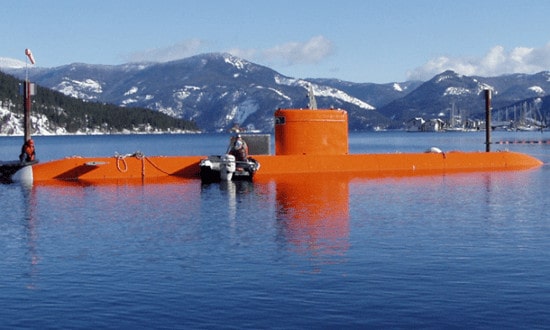 Thales has announced that it has signed an agreement with MSubs Ltd. for the two firms to collaborate on the development of Unmanned Underwater Vehicles (UUVs). This agreement combines Thales’ global pedigree in delivering complex sensors and systems with MSubs’ experience in the design, manufacture and operation of manned and unmanned submersibles.

The partnership follows Thales’ recent opening of a new UK maritime autonomy centre in the south-west of England. The new Turnchapel Wharf facility was opened by Stuart Andrew MP, Minister for Defence Procurement. Thales has invested £1 million in the facility to build on its leadership in autonomous systems and strengthen the position of UK industry in this emerging market.

One of the key strategic aims of investing in the facility is to develop an ecosystem of specialists and experts around Plymouth, bringing together industry and academia to establish a world class research and development facility for the UK.

The agreement with MSubs is the first since Turnchapel was opened. Speaking of its significance, Matt Hunt, Maritime Autonomous Systems Lead for Thales in the UK, said: “Together we are looking to establish a globally recognised base in Plymouth for surface and sub-surface assets for both the domestic and international markets. This agreement is the first of many anticipated in the creation of a local ecosystem where Thales is investing in making Plymouth the centre for the development of UK Maritime Autonomy.”

“Thales is committed to establishing this vibrant ecosystem and believes this is key to delivering world leading marine and maritime capability to our customers and attracting innovation to the area. This agreement is a clear message that Thales believes the blue economy is strategically important.”

Paddy Dowsett of MSubs stated: “We are excited about the prospect of working closely with Thales as the role of military Unmanned Underwater Vehicles expands into deeper water. We look forward to combining our unrivalled experience in the design and manufacture of manned and unmanned military submersibles with their market leading expertise in sensors and command and control systems.

“Together we are well placed to support the RN and NATO partners with a range of unmanned underwater vehicles capable of conducting sophisticated and discreet anti-submarine and intelligence gathering missions.”

Turnchapel provides access to the Plymouth Marine Autonomous Range that will be central for the safe trials and development autonomous systems. The centre is also an integral part of a joint programme between the UK and French Governments to develop the next generation of autonomous mine hunting systems (maritime mine counter measures).

Speaking at the opening, Defence Minister Stuart Andrew said: “Thales’s new centre is another great example of the work being done by our suppliers to ensure our military remains equipped with state-of-the-art capabilities. This centre of excellence will enable industry and academia to experiment and innovate together to help counter emerging sea-based threats and ensure we remain one of the world’s leading militaries.”

The centre will also be available to academia, enabling institutions working in partnership with Thales – such as the Universities of Plymouth, Southampton and the National Oceanography Centre – to take advantage of Turnchapel’s facilities.