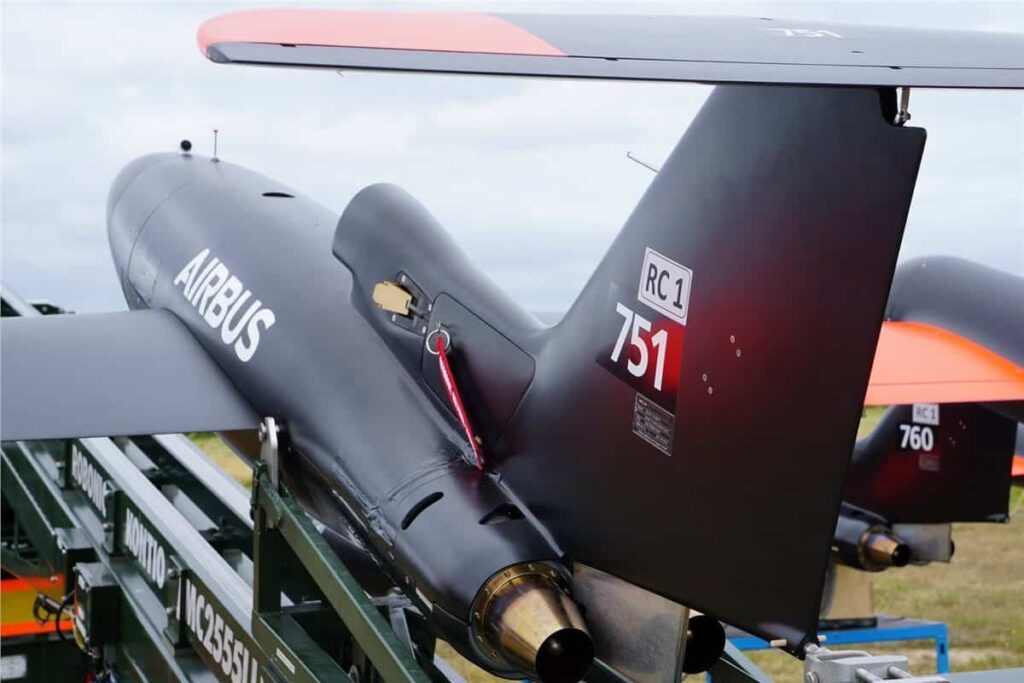 Airbus has announced that it has successfully performed manned-unmanned teaming (MUT) test flight campaigns with five Airbus-built Do-DT25 target drones controlled from a mission group commander who was airborne in a manned command and control (C2) aircraft. The ability to control unmanned systems from a manned aircraft is an important “force multiplier” for future air power.

Flown in a test zone of Germany’s Baltic Sea area, the MUT trial flights served multiple purposes, including validating such elements as connectivity, human-machine interface, and the concept of teaming intelligence through mission group management. For the aspect of teaming intelligence, multiple capabilities and enabling technologies are required at sufficient maturity levels – from teaming/swarming algorithms and new sensors to mission management systems for command and control assistance by the manned aircraft’s crew.

Manned-unmanned-teaming is expected to increase the mission efficiency of future airborne systems in many ways. Equipped with sensors, the swarm of unmanned systems can provide situational awareness to a mission group commander located a safe distance away aboard the manned aircraft.

The Airbus MUT demonstrations brought together several of the company’s programme and product lines, with the main development and test phases conducted during a short timeframe and at low cost – supported by an agile, rapid prototyping environment and a risk-mitigation approach.