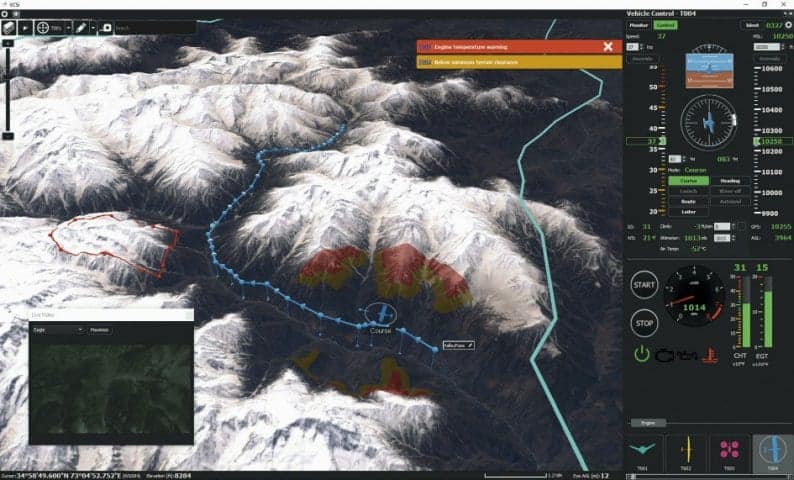 Lockheed Martin has announced that it has delivered its new modular unmanned vehicle control software, which can simultaneously control dozens of unmanned vehicles at one time, to its first U.S. customer. Aurora Flight Sciences, which is focused on accelerating the development of autonomous technology, has purchased the newest Vehicle Control Station (VCS) software product, VCSi.

“Aurora Flight Services has been flying with our vehicle control station VCS-4586 product for the past decade,” said Keith Purtle, business development manager for Lockheed Martin CDL Systems. “When the opportunity arose to help design and build our newest iteration, VCSi, Aurora was a preferred choice.”

According to Sean Engdahl, Aurora Flight Sciences’ senior software engineer, “We are in the middle of testing VCSi flight modes and route uploads against our ground and flight software. Everyone is liking the new implementation of VCSi.”

VCSi (the “i” is for international) was developed by Lockheed Martin CDL Systems, leveraging its 25 years of expertise developing unmanned vehicle control software for the U.S. Army. The VCSi software can control numerous unmanned systems at one time, regardless of whether the unmanned system operates in the air, at sea, or under water. The system’s control interfaces allow for true 1:N control of dissimilar vehicles anywhere on earth spanning commercial and military missions.

This VCSi commercial software, which is made in Canada and free of export restrictions, is built on an open architecture framework and is hardware and operating system agnostic. It supports NATO STANAG 4586 and a multitude of other military and industry standards. A vehicle integration and development kit provides all the tools necessary for customers to integrate VCS for their unique unmanned vehicle systems. VCSi is also easily translatable to support non-English language and non-Latin scripts.