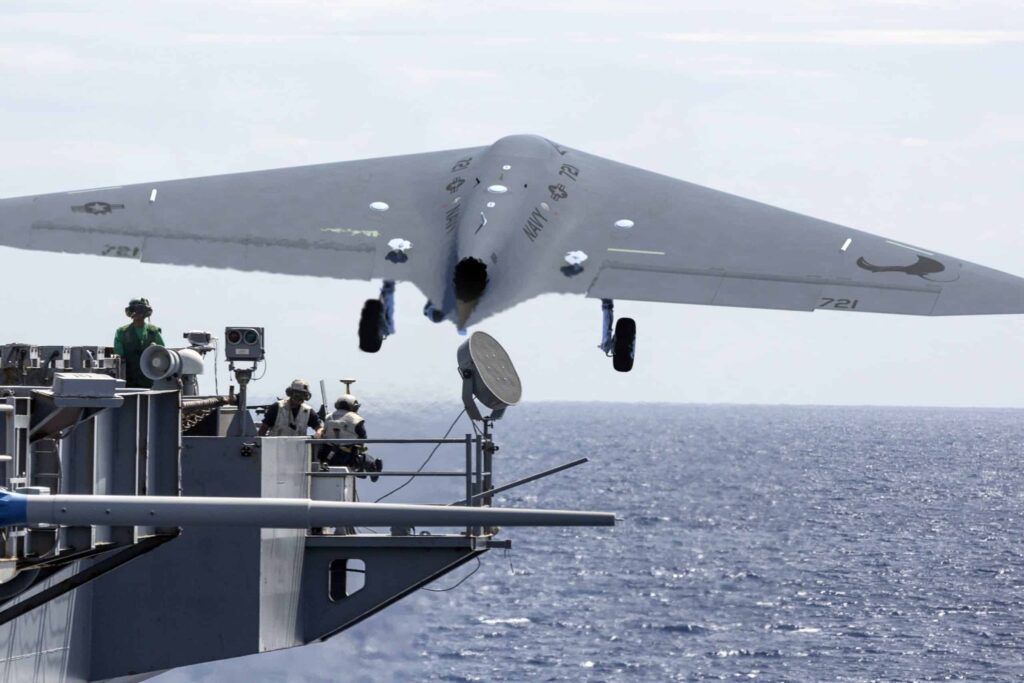 General Atomics Aeronautical Systems, Inc. (GA-ASI) has announced that it has successfully demonstrated aircraft carrier deck handling, to include taxi capability and transition to the launch and recovery phases, for its under-development MQ-25 unmanned tanker aircraft using a Predator C Avenger jet aircraft as a surrogate. As part of the proposed MQ-25 solution, GA-ASI has demonstrated that the new carrier-based unmanned tanker can integrate with the complexities of existing flight deck operations.

“MQ-25 will need to integrate seamlessly with the Carrier Air Wing regardless of whether the aircraft is conducting flight or deck operations,” said David R. Alexander, president, Aircraft Systems, GA-ASI. “This demonstration proves that the GA-ASI solution will integrate into existing ship operations, and that translates into less time spent steaming into the wind for launches and recoveries.”

Specifically, MQ-25 deck operations will use specially designed director wands that are the same size, shape, and weight as those used today. Directors fully control aircraft taxi operations on deck, including lowering/raising the launch bar, spreading/folding the wings, and raising the arresting hook. GA-ASI employs unique gesture recognition algorithms in the wands that recognize standard Naval Air Training and Operating Procedures (NATOPS) flight deck director hand gestures and then translates and sends those commands to the MQ-25 air vehicle. MQ-25 receives the commands and converts them into the appropriate aircraft actions.

“MQ-25 will be able to ‘talk back’ to the controller and other flight deck personnel using a small series of LEDs that change colors and/or flash to show that they have received a command and indicate the aircraft’s condition or operating state,” said Alexander. “A safety observer on deck can stop the aircraft instantly any time an unsafe situation is identified. To give you an idea of how the system works, think Wii for aircraft control.”