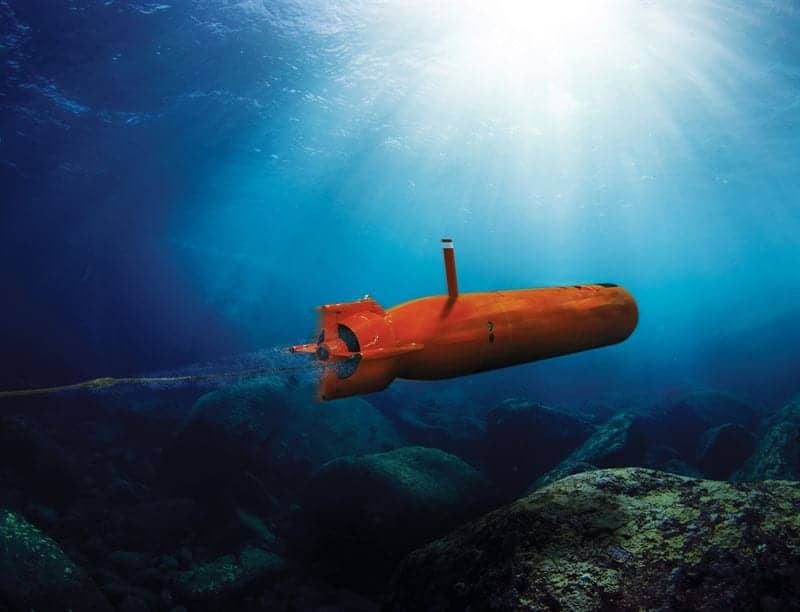 Saab has announced that it will demonstrate its anti-submarine warfare (ASW) training system, the AUV62-AT, for the U.S. Navy (USN). The AUV62-AT is an unmanned vehicle-based artificial acoustic system that mimics a submarine.

The USN will evaluate Saab’s AUV62-AT against USN systems through the Foreign Comparative Testing (FCT) Program. The demonstration is planned for summer 2018, with an option to continue testing into 2019.

The USN is investigating a replacement to its current ASW training system for its Undersea Warfare Training Range.

“With submarine usage on the rise, anti-submarine warfare training is more crucial than ever. Some of today’s submarines are armed with heavyweight torpedoes that can destroy a massive vessel rather than simply disable it. AUV62-AT prepares operators for this threat,” says Görgen Johansson, Senior Vice President and head of Saab´s Business Area Dynamics.

Saab’s AUV62-AT package trains operators in submarine surveillance, detection, identification, classification, and target engagement. The AUV62-AT is an artificial acoustic system that mimics a submarine in a way that is compatible with any torpedo- and sonar system on the market today. The system fully replaces the use of a submarine in the role as a maneuvering training target and can be launched from a ship, a submarine, or shore. The system is in service today with a number of countries worldwide.