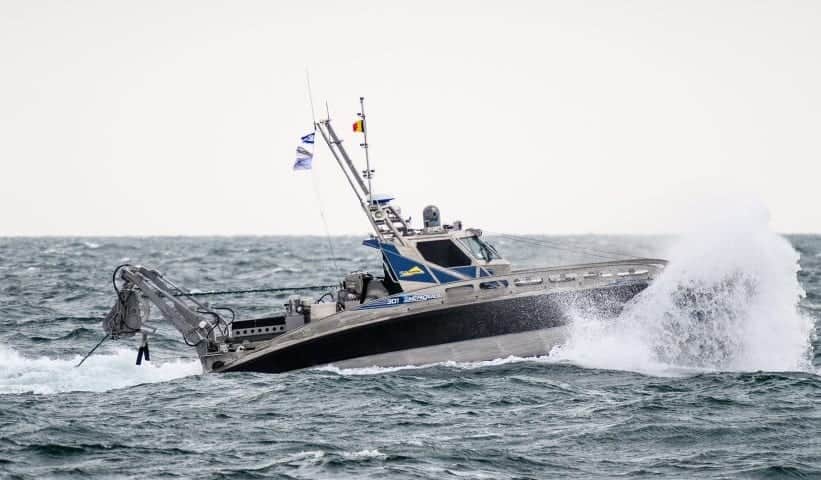 Elbit Systems has announced that its Seagull Unmanned Surface Vessel (USV) has participated in a recent joint exercise between the Israeli Navy and the British Royal Navy (RN) in Haifa Bay.

During the exercise the USV performed a Mine Counter Measure (MCM) mission, scanning and charting a secure path for HMS Ocean, the RN helicopter carrier. Upon encountering Mine-Like-Objects, the Seagull alerted HMS Ocean to avoid them, thus securing its safe route. The Seagull performed the mission while being remotely operated from a Mission Control Station onshore. Additionally, the Seagull took part in a tactical maneuvering exercise and sailed in formation with the Navy vessels and British RN’s carrier.