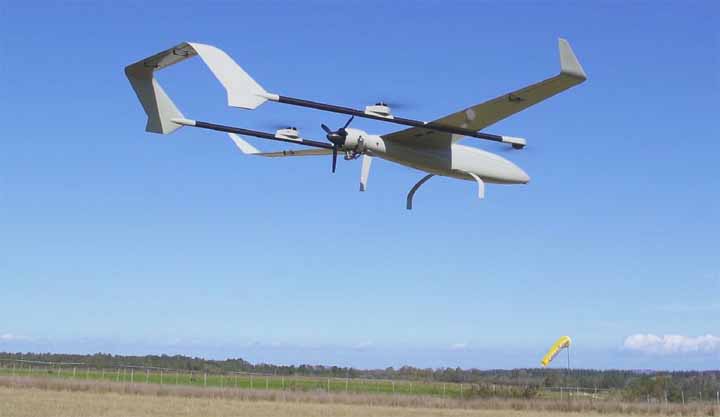 ALTI, a developer and manufacturer of commercial unmanned aircraft systems (UAS), has successfully completed an endurance flight with their ‘Transition’ VTOL UAV. The team recorded a flight time of 10 hours, 43 minutes and 43 seconds.

Following a number of updates and improvements, the ALTI Transition was expected to achieve an endurance of around 8 hours, compared with pre-production endurance tests of just over 6 hours in real world conditions.

Excededing their own expectations by almost 3 hours on a standard, non-modified ALTI Transition, ALTI is excited to offer their clients extended endurance beyond the already an impressive 7 hour advertised performance. Since the flight, ALTI have increased fuel capacity to allow for an endurance of over 11 hours.

According to ALTI, this is the first time an endurance of over 10 hours on a VTOL hybrid (fixed wing and multi-rotor) aircraft under 20kg MTOW and under 3m wingspan has been recorded. The current world record for any VTOL aircraft (manned or unmanned) is 22.5 hours, which ALTI plans on breaking with its upcoming 6m wingspan ‘Reach’ UAV due in 2018.

ALTI develops, manufactures and exports the Transition VTOL system, a double-hybrid, unmanned and fully autonomous fixed wing aircraft with the ability to take-off and land vertically, from anywhere. The key objective with the ALTI Transition was to offer a highly capable, reliable and affordable civil use commercial VTOL (vertical take-off and land) aircraft, which one could actually purchase and use every day, unlike the majority of similar system, available only to military at high price points.

The ALTI Transition is made from the highest-grade materials, to the highest standards using unique proprietary techniques. An advanced aerodynamic design with low stall speed, efficient cruise with very low drag, excellent stability in high winds and an incredibly low weight at only 5.6kg for the entire air-frame.

The air-frame is completely modular and can be rapidly deployed, from in the case to in the air in under 10 minutes with only two operators required, this along with zero need for a runway or bulky and expensive catapult systems, provides quicker and safer operation, anywhere, any time. The Transition is designed as a hybrid system allowing for a combination of multi-rotor flight and traditional fixed wing flight, providing the advantages of both aircraft types, the practicality of multi-rotor flight for take-off and landing, with the efficiency, range and endurance of a fixed wing aircraft. The incorporation of VTOL technology into the fixed wing system allows the Transition to take-off and land in confined spaces, in a very short time, offering a massive advantage over traditional systems as well as a lower impact and stress on the aircraft with long term use, usually associated with hard and unpredictable parachute or belly landings.