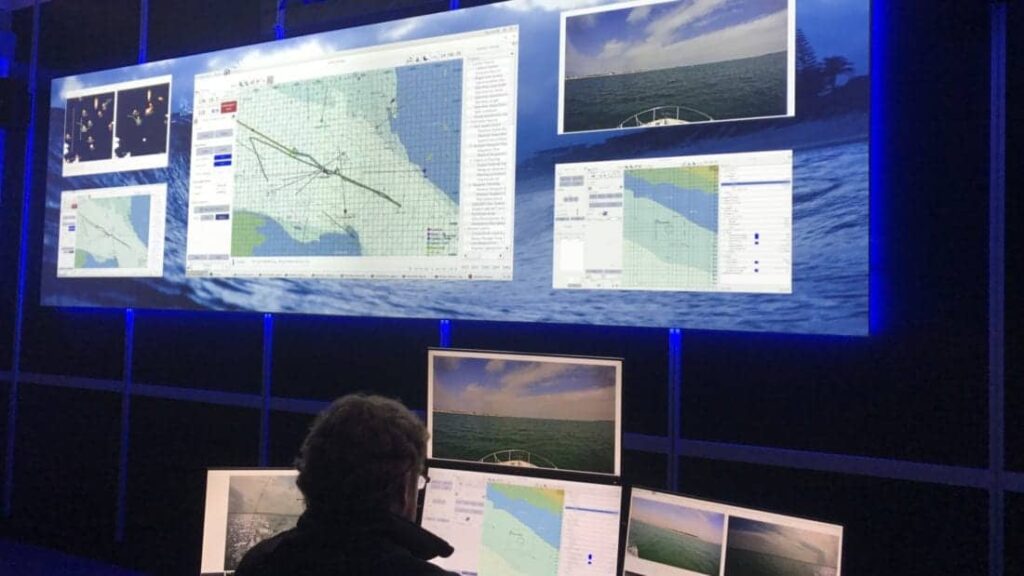 According to ASV Global’s (ASV) expert autonomous systems developers, there are three elements that hold the key to making autonomous shipping a reality. This article discusses those key technological requirements.

ASV, a developer of autonomous vessel technology, has already deployed and proven its technology onto more than 80 small vessels (<15m) and believes that this technology is scalable.  As the marine industry adopts maritime autonomous systems (MAS) across different sectors including oil and gas, science and survey, military and security domains, it seems only logical that the next step is to revolutionise the landscape of ship design and operations through autonomous shipping. However, achieving fully autonomous shipping is critically dependent on the progress of the following three areas: sensor fusion, control algorithms and communications.

The first key is sensing. Sensor technology has been around for a long time and can be found in many forms of autonomous vehicle operation, most notably road vehicles where competing developers have prioritised differing technologies. However, whilst a self-driving car and a self-driving boat might ostensibly appear to have the same sensing needs, the challenges and requirements are in fact completely different. ASV has been at the forefront of research into exploring what actually works on the water and where challenges still remain. For example, ASV’s advanced autonomy project has explored the integration of radar, AIS, GPS and 360-degree daylight and thermal cameras with deep-learning vessel classification and sea state detection to provide the vessel and its remote operators with an accurate perspective of its environment and surroundings at all times and in all conditions.

Control is the second key area which brings the development of navigation, optimisation and collision avoidance software. ASV’s algorithms allow the system to react to other marine traffic in accordance with internationally recognised maritime rules and regulations, with the autonomous vessel behaving entirely as would be expected from a standard manned boat. A ship’s ability to monitor its own health, recognise what is around it and make decisions based on that information is vital to the development of autonomous operations.

Whilst developing a “collision avoidance” solution in simulation is relatively straightforward, the engineering practicalities in moving from bench to real world are a significant and often underappreciated as a challenge. Moreover, in the maritime world this is an even larger step than in most other domains. ASV’s real world expertise and on the water track record inthe field largely stem from working with Dstl since 2013, on a fully autonomous navigation system to enable USVs to operate safely at low and high speeds. The primary vessel used for that programme is a converted Ice Marine “Bladerunner” (Dstl’s Maritime Autonomy Surface Testbed, or MAST), a 10m powerboat capable of speeds in excess of 60 knots. While the nature of the vessel has allowed ASV to develop autonomous behaviours for a small, fast boat, the next natural step is to scale the system up for use with larger vessels.

Despite the significant advances made in technology development, autonomous vessels are still somewhat reliant upon human input from land or a local remote station. In some small areas, this reliance remains a technical one, however very soon it will primarily be regulatory – only reliance. For a least the short and medium term, regulators are going to want to maintain human supervision and have oversight in the loop for accountability and legal responsibility. As such, connectivity between the remote operator and the vessel is of paramount importance and is the third key to unlock. Communications links over increasingly large distances need to be accurate, scalable and supported by multiple links to create redundancy and minimise risk. Sufficient reliability and bandwidth capacity for sensor monitoring has to be consistently proven in order to be fully adopted into the wider market.

Future development of ASV’s advanced autonomy project will explore how to combine existing communication technologies in an optimum way for autonomous ship control. This will include significantly developing over-the-horizon capabilities in order to conduct more operations akin to a recent survey project undertaken with the C-Enduro USV, which was operated off the coast of Scotland from ASV’s Mission Control Centre in Portchester via a satellite link over 12 continuous days and nights. The future goals are to integrate the advanced autonomy system into bridge systems on shipping vessels, with upcoming work to experiment with a proof of concept bridge aid which is to be tested on a passenger ferry.