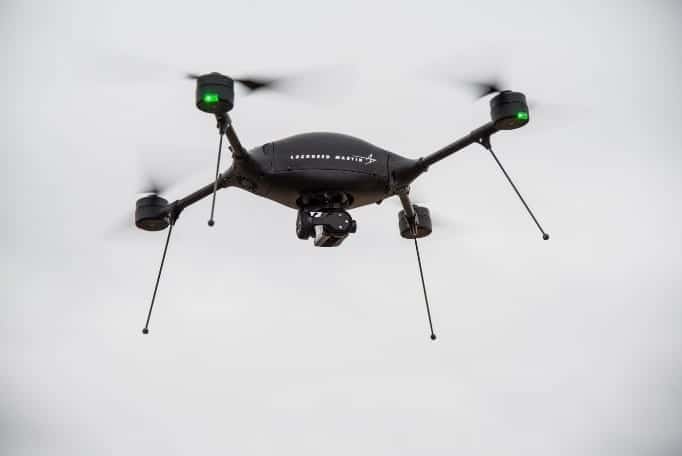 Lockheed Martin has announced that, in partnership with Canadian UAVs, it has completed what it claims is the first beyond visual line of sight (BVLOS) pipeline and well assets inspection using the company’s Indago 2 quadrotor unmanned aircraft system (UAS). The Indago 2 completed the inspection at the Foremost Testing Range in Alberta, Canada.

Indago is one of few unmanned systems deemed Transport Canada Compliant, which means Indago operators are approved for routine access to Canadian airspace.

At the UAV Testing Facility in Foremost, Canadian UAVs inspected pipelines and wellheads using Indago, which was outfitted with its 30x payload. This powerful camera captures high resolution inspection images and video with 30x optical zoom and enhanced digital zoom.

“Our systems routinely fly beyond line of sight for our military customers, which has allowed us to gain compliance status with Transport Canada for use in commercial airspace,” said John Molberg, business development lead for Lockheed Martin CDL Systems. “This flight achievement is a bellwether for Canadian UAVs, Lockheed Martin and Foremost Test Range, and showcases the leadership provided by Unmanned Systems Canada and Transport Canada for the safe use of unmanned systems in Canadian airspace.”

“Going BVLOS has technically been solved for some time with regards to powerful communications links and autopilot hardware,” said Sean Greenwood, President of Canadian UAVs Inc. “Canadian UAVs has been focused on creating an end-to-end paradigm in coordination with Transport Canada to conduct these operations outside of Restricted Military Airspace where our customers have a substantial regulatory and logistical needs to acquire actionable data.”

The Indago quadrotor weighs just five pounds and requires no assembly prior to flight. With an endurance of approximately 45 minutes, Indago achieves ranges of up to five kilometers when operated using its handheld controller, and the range can be extended beyond 10 kilometers with directional communications devices.

Indago’s high quality real-time airborne imaging capabilities include Lockheed Martin’s new Hydra Fusion Tools, providing situational awareness during operations and real-time three-dimensional reconstruction during UAS flight. The newest version of Hydra Fusion Tools is now available, enabling a user to integrate various data feeds in one place where users can monitor the feeds which are being “fused” into a homogenous display.

“Most of our customers need real-time actionable intelligence so Hydra Fusion Tools was founded on the requirement that it deliver instantaneous 3D mapping. We are the first in the world to deliver this capability,” Molberg said.