Boeing and Huntington Ingalls to Develop UUVs for U.S. Navy 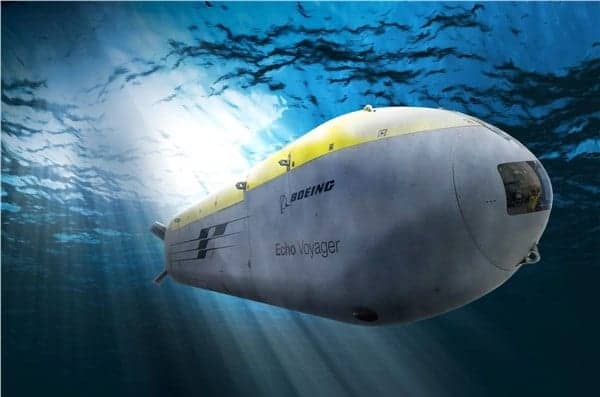 Boeing and Huntington Ingalls Industries have announced that the two firms are teaming on the design and production of Unmanned Undersea Vehicles (UUVs) in support of the U.S. Navy’s Extra Large UUV program.

“This partnership provides the Navy a cost-effective, low-risk path to meet the emergent needs that prompted the Navy’s Advanced Undersea Prototyping program,” said Darryl Davis, president, Boeing Phantom Works. “We are combining Boeing’s preeminent UUV maritime engineering team with our nation’s leading shipbuilder and Navy technical services company to get operational vehicles to the Navy years ahead of the standard acquisition process.”

Boeing is currently testing its newest and largest UUV, Echo Voyager, off the Southern California coast. The vehicle is designed for multiple missions and could include a modular payload bay of up to 34 feet, offering enhanced endurance and increased payload capacity over traditional UUVs. Echo Voyager is fully autonomous, requiring no support vessel for launch or recovery, enabling operation at sea for months before returning to port.

“We look forward to a long relationship with Boeing as we embark together to field this unmanned force-multiplier for the Navy,” said Andy Green, executive vice president of Huntington Ingalls Industries and president of the company’s Technical Solutions division. “I am confident this team will continue redefining the autonomy paradigm for UUVs.”

The partnership will leverage design and production facilities in Huntington Beach, Calif., Newport News, Va., and Panama City, Fla., and will offer access to all of the expertise and capability of Boeing and HII.