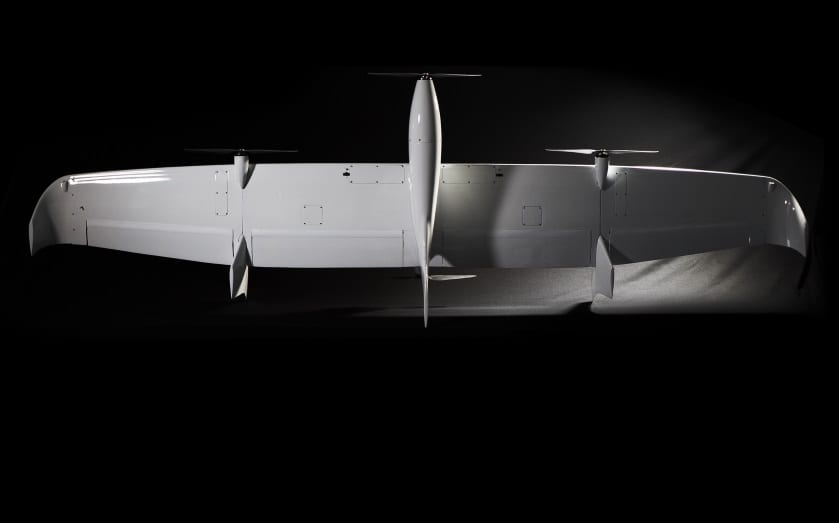 “This is a game-changer for small marine vessels,” said Andrew Streett, Chief Scientist for Swift Engineering. “It is a culmination of internal R&D systems development and this success validates the maturity of the Swift020 platform.”

The Swift020’s X-Blade technology combines the benefits of VTOL with the efficiencies of fixed wing flight. It is a vertical take-off and landing (VTOL) transition to horizontal flight technology that does not use rotating mechanisms; all the control is conducted with in the flight control autopilot system. The X-Blade technology used in the Swift020 can be scaled to larger and different configuration platforms.

The Swift020 is the culmination of over 13 years of research and development in the UAV marketspace. The Swift020 UAS takes off and lands like a quad-rotor and transitions to efficient fixed-wing forward flight without additional launch and recovery equipment, allowing it to vastly reduce operational time and cost. Applications for the aircraft include linear infrastructure, oil and gas, maritime, emergency services, delivery, agriculture, scientific research, surveillance and military/defense markets.