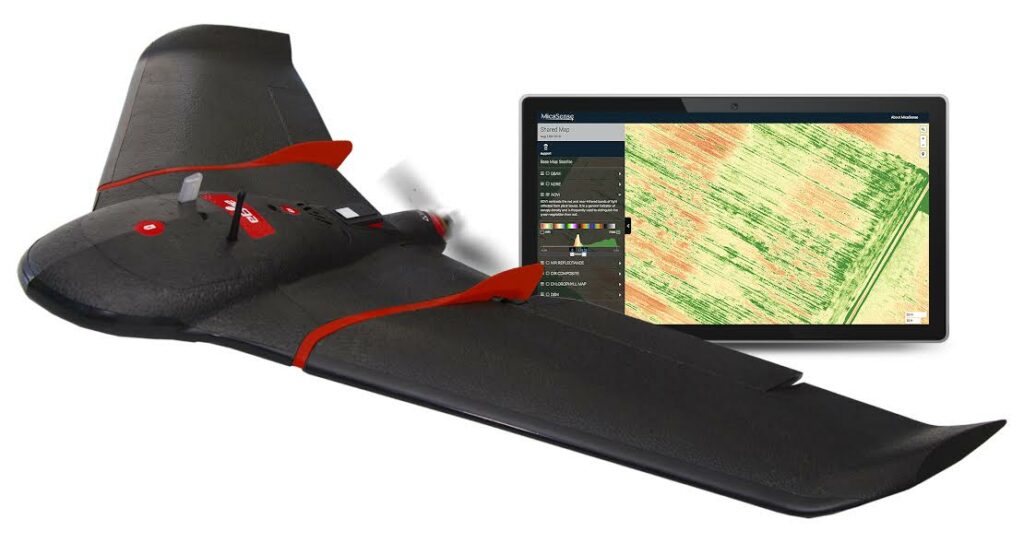 senseFly has announced that it has signed a commercial agreement with agricultural data gathering, processing, and analytics provider MicaSense that enables senseFly and its distribution partners to offer MicaSense’s Atlas cloud processing platform alongside eBee drones.

By making MicaSense Atlas available with senseFly’s eBee drone platforms — all of which are compatible with the Parrot multispectral Sequoia camera — the two companies are signaling their ongoing commitment to providing customers with industry-adapted, end-to-end solutions that make collecting and analysing high-resolution aerial data a simpler, more efficient process.

“By combining Atlas with Sequoia-based drones such as the eBee SQ we can offer farmers, agronomists and crop consultants a new, easy-to-use and highly powerful crop monitoring system,” said Jean-Christophe Zufferey, senseFly’s CEO. “With both companies part of the Parrot Group, this new end-to-end offering also confirms Parrot’s position as a trusted provider of professional agricultural solutions.”

“Our partnership with senseFly will help empower growers, agronomists, and agricultural service providers to easily capture data on a large scale, for greater insights into crop health. The integration of Sequoia-based eBee drones, combined with data analysis and processing by MicaSense Atlas, provides end-users the tools they need to effectively manage their farms,” said Gabriel Torres, co-founder and CEO of MicaSense.

Under the agreement, senseFly and its global network of distributors can distribute six-month subscriptions of the MicaSense Atlas Pro plan, alongside any senseFly drone solution featuring the Parrot Sequoia, or separately on-demand. The Atlas Pro plan enables users to upload and analyse up to 1,000 acres (405 hectares) of multispectral imagery per month (custom plans for larger scale enterprise use are also available).

When flown at 120 metres (400 feet) above the ground, the senseFly eBee SQ can cover 200 hectares (500 acres) per flight; several times more than smaller quadcopter drones. It is built around Parrot’s Sequoia multispectral camera, which captures data across four highly distinct spectral bands (near-infrared, red-edge, red and green), plus RGB imagery, in a single flight.

MicaSense Atlas is a cloud-based data processing and analytics platform. It generates specialized crop health outputs such as NDVI, NDRE, RGB and chlorophyll maps, providing quantitative informationthat can be used to properly interpret and understand the condition of a crop.

“Atlas can compute an impressive range of vegetation indices, such as NDVI, NDRE and chlorophyll. Plus, with its timeline feature, our customers will be able to accurately monitor the evolution of their crops, or those of their clients, throughout the growing season,” added Zufferey.