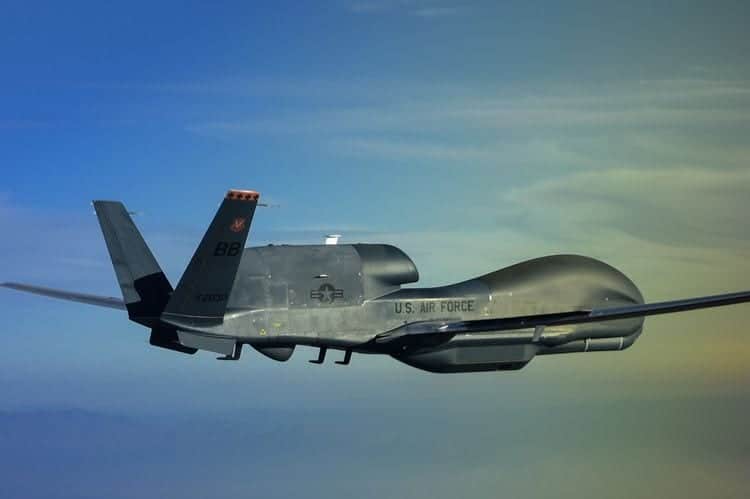 Northrop Grumman has announced that it has begun flight testing of the MS-177 sensor payload with a successful inaugural flight on an RQ-4 Global Hawk high altitude long endurance autonomous aircraft system. The flight tests mark the first time the sensor has been flown on a high altitude long-range autonomous aircraft and extend the mission capabilities of the system. The MS-177 sensor is designed to provide capabilities to not only “find” targets using broad area search and different sensing technologies, but to also fix, track, and assess targets through its agility and multiple sensing modalities.

The MS-177 testing is expected to continue through the first half of 2017. The successful flight test at Northrop Grumman’s Palmdale, California facility follows the demonstrations of two sensors previously unavailable on the Global Hawk. Northrop Grumman successfully flew a SYERS-2 intelligence gathering sensor in February 2016 and has recently completed flight tests of the Optical Bar Camera.

“The MS-177 is the new benchmark in imaging intelligence, surveillance and reconnaissance [ISR] sensors and its integration into the Global Hawk platform expands the mission capability we can provide,” said Mick Jaggers, vice president and program manager, Global Hawk program, Northrop Grumman. “This successful flight is another milestone in an aggressive effort to demonstrate Global Hawk’s versatility and effectiveness in carrying a variety of sensor payloads and support establishing OMS compliancy.”

The Global Hawk system is a provider of persistent intelligence, surveillance and reconnaissance information. Able to fly at high altitudes for greater than 30 hours, Global Hawk is designed to gather near-real-time, high-resolution imagery of large areas of land in all types of weather and during day or night. In active operation with the U.S. Air Force since 2001, Global Hawk has amassed more than 200,000 flight hours with missions flown in support of military and humanitarian operations.