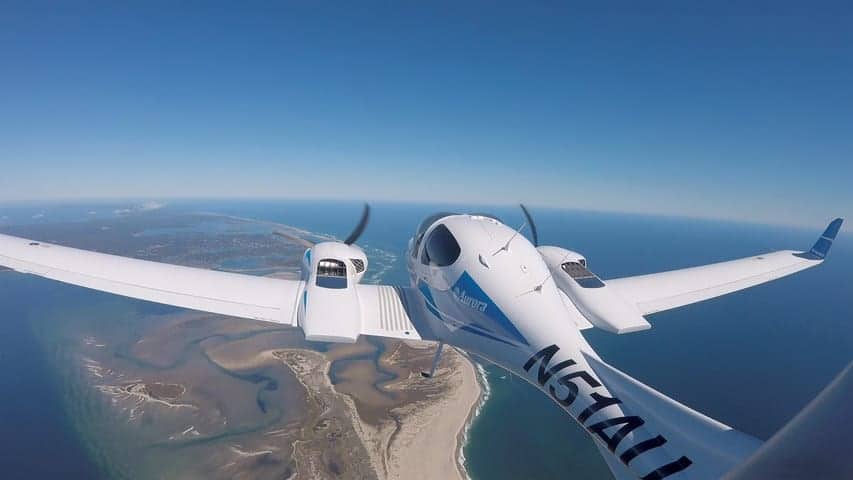 Aurora has announced that its Centaur optionally-piloted aircraft (OPA) has been chosen as a key tool in the new airborne gravity survey campaign for the National Oceanic and Atmospheric Administration (NOAA). Centaur is supporting NOAA’s efforts to collect gravity measurements across the Unites States for the Redefinition for the American Vertical Datum (GRAV-D) program. Under the current survey, Aurora is collecting gravity data in a region of North Carolina to fulfill NOAA’s GRAV-D program needs and to fill gaps in the existing data sets used to define the U.S. vertical datum. Through the GRAV-D program, Centaur’s precise data is helping increase the accuracy of elevation measurements to determine where water will flow, which is instrumental for scientists, urban planners, agriculture and construction industries, and flood control managers.

“There are many benefits of utilizing unmanned aircraft for typically-manned operations such as the GRAV-D program surveys,” said Aurora’s Program Manager Carrie Haase. “Aurora’s expertise in creating autonomous aerial systems allows for very precise flight characteristics. As a result, our Centaur OPA can provide efficient, affordable and detailed sensor data to end users who require such precision as with NOAA and the California High Speed Rail authorities.”

The Centaur has already been used to survey the proposed high-speed train route in Northern and Southern California. Equipped with the TAGS-7 gravimeter sensor from Micro-g LaCoste, Centaur gathered very specific data to help authorities develop a comprehensive model of the earth’s structure along the proposed rail route, particularly around numerous fault lines, for better planning and engineering of the rail system. The partnership of Aurora, Quantum Spatial, Seibert & Associates, and Micro-g LaCoste worked in support of the University of California, San Diego’s work on the California High Speed Rail project.

The GRAV-D Program will continue to use the Centaur OPA and the Micro-G system to fulfill NOAA’s gravimetry requirements in the near future.