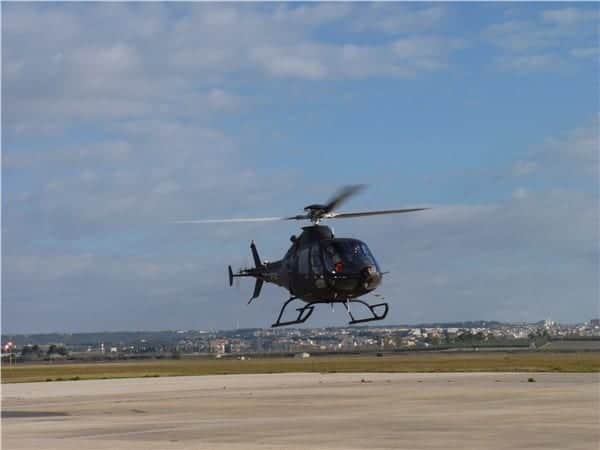 Leonardo-Finmeccanica has announced that it has begun flight testing of its remotely piloted helicopter SW-4 Solo at Taranto-Grottaglie Airport. The test campaign aims to verify the aircraft’s operational characteristics and validate flight procedures, in both normal and emergency conditions.

Mauro Moretti, CEO and General Manager of Leonardo, said: “The SW-4 ‘Solo’ is testimony to Leonardo’s industrial commitment and innovation in unmanned aircraft, a sector of increased global competition, and is part of a portfolio of solutions making Leonardo the only European company able to provide a complete ‘unmanned’ system. When presented with an advancement of technology, the winning regions are those who can adapt to market needs. Grottaglie is an example of this.”

The tests form part of a collaboration started in 2015 between Leonardo, Aeroporti di Puglia (AdP) and the Distretto Tecnologico Aerospaziale Pugliese (DTA) known as the “Grottaglie Test Bed,” which is a candidate to become the Italian solution to the national and European industry demand for the testing of unmanned aircraft. The flight campaign, carried out in collaboration with the DTA and Ente Nazionale Aviazione Civile (ENAC, the Italian Civil Aviation Authority), will continue during the first few months of 2017. The validation of procedures and regulations for the use of unmanned aircraft are among its key objectives.

The Solo, derived from the SW-4 helicopter produced by Leonardo in Poland and equipped with advanced systems and sensors also made by the company in Italy and the UK, is designed to operate with or without a pilot on board. The Solo recently returned from a successful demonstration campaign in the UK. The aircraft is designed for activities such as hydrological and critical infrastructure monitoring, firefighting, search and rescue, patrol, and disaster relief.