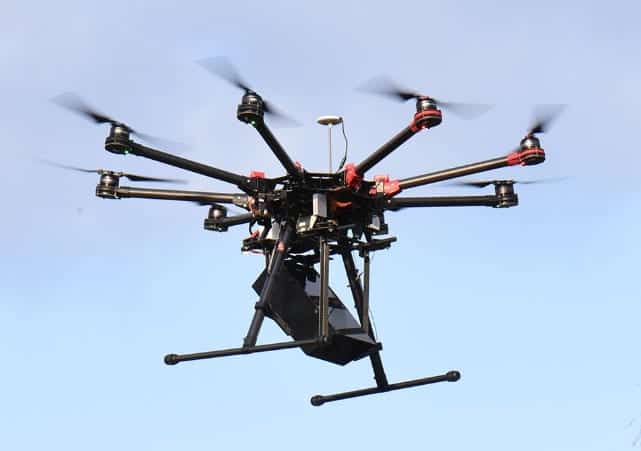 Aero ID, a developer of sensors for unmanned aerial vehicles (UAVs), has announced that it has developed a payload which detects explosive and otherwise hazardous materials. The payload, which incorporates a deep ultraviolet standoff Raman sensor, allows military, law enforcement, or security personnel to remain at safe distances of up to five kilometres while investigating potential threats.

The Aero ID payload works by shining an ultraviolet laser at the object of interest. Light scattered from the object is collected by an onboard sensor system. Analysis of this light reveals information about the object itself as well as traces or residues of other materials which may be present on the surface.

The complete Aero ID explosives sensing system features a small folding UAV with mounted payload. The UAV has a flight time of over 20 minutes.