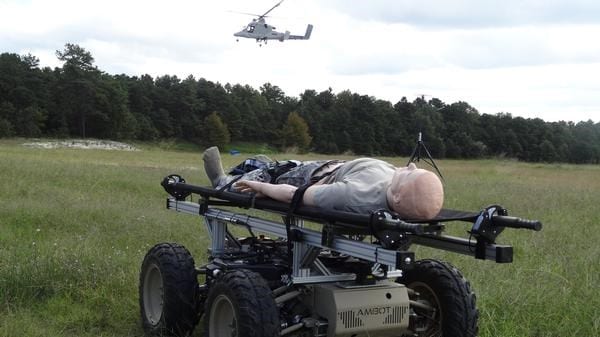 The U.S. Navy has announced that it has recently tested its Common Control System (CCS) during a Tri-Service demonstration that showed the potential use of unmanned systems for automated medical casualty evacuations.

For this particular demonstration, Neya, LLC developed a set of UCS compliant interfaces for data transfer between the CCS and the Air Force’s Common Mission Command Center (CMCC) as part of a small business innovation research effort. Neya then provided these interfaces to Lockheed Martin and BAE, who partnered to develop the capability to exchange mission plan information between the systems.

During the event, the CCS and CMCC were provided simulated medical treatment facilities, casualty collection points and casualty evacuation (CASEVAC) routes for both the K-MAX helicopter and unmanned ground vehicle. This information was then transferred to the Army’s Vertical Takeoff and Landing Tactical Interface (VERTI) controller for the medic’s review and integration with casualty victim’s vital signs data for real-time monitoring.

Development efforts are underway for CCS integration with unmanned air vehicles but eventually the Navy plans to field it across all domains – air, land, sea and undersea vessels.