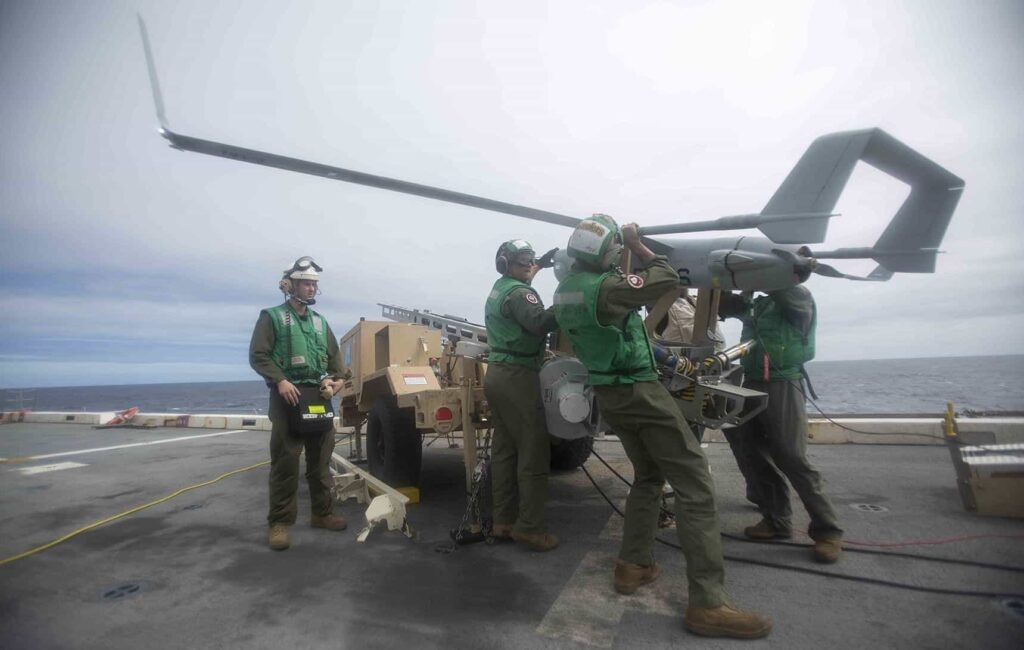 The U.S. Department of Navy has signed an agreement with the Canadian Department of National Defense for the first RQ-21A Blackjack Unmanned Air System (UAS) international sale.

The Blackjack program, managed by the Navy and Marine Corps Small Tactical Unmanned Aircraft Systems Program Office (PMA-263), plans to deliver one system to the Canadian Army in the 2017 timeframe.

“We are very pleased to have our Canadian allies and neighbors as our first Foreign Military Sales case and look forward to helping them grow their small tactical UAS capability and ensure maximum interoperability with our assets, if desired,” said Col. Eldon Metzger, PMA-263 program manager.

PMA-263 International Programs Lead Mike Battaglia said this marks a win for both countries. Canada is receiving an exceptional intelligence, surveillance, and reconnaissance (ISR) capability while helping drive down the U.S. Blackjack program cost per unit.

The Blackjack system, built by Insitu, is comprised of five air vehicles, two ground control stations, and launch and recovery equipment, which does not require a runway. At eight feet long and with a wingspan of 16 feet, the air vehicle’s open-architecture configuration is designed to integrate multiple sensor payloads, with an endurance of 10-12 hours.

The Blackjack is currently underway with USS San Antonio (LPD 17) for its maiden shipboard deployment. It successfully completed its first operational flight in early July.