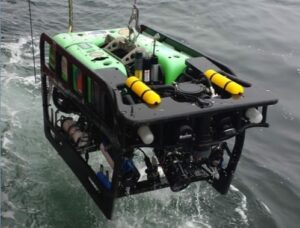 Oceana, an international ocean conservation organization, and Marine Applied Research & Exploration (MARE) have announced that they have released findings from their expedition to explore the living seafloor off Southern California. After five days at sea documenting the deep ocean within and outside of the Channel Islands National Marine Sanctuary, Oceana and MARE returned with images, videos and new discoveries that clearly illustrate the importance of seafloor structures — including corals, sponges, rocky reefs, and seamounts — to the survival and recovery of important fish species.

“The oceans are the lifeblood of the planet,” explained Alexandra Cousteau, Senior Advisor for Oceana, who participated in the expedition. “Living structures on the ocean floor, like corals and sponges, provide nurseries, food and shelter essential for the survival and productivity of important commercial and sportfish species, like rockfish and lingcod. The waters surrounding the islands and offshore banks of Southern California contain prime examples of these spectacular habitats.”

MARE’s Remotely Operated Vehicle (ROV), outfitted with a suite of underwater cameras, filmed areas of the seafloor that have never been seen before. Oceana and MARE completed 13 dives and launched the ROV to depths ranging from 80 meters (263 feet) to 435 meters (1,427 feet). The dive locations ranged from 3 to 75 miles offshore and provided the first glimpses of areas that have only been mapped in the last few months.

“You can’t fully understand what lives on the seafloor unless you go down and look,” said Dirk Rosen, Founder and Executive Director of MARE. “Together with Oceana, we discovered new areas of underwater wilderness containing deep sea coral gardens, which provide essential habitat structure for fish and invertebrates. The seafloor is more than just a colorful world, it is a living ecosystem. MARE was thrilled to have deployed our ROV Beagle in support of Oceana’s mission to protect these vulnerable ecosystems.”

The Pacific Fishery Management Council and National Marine Fisheries Service, which are responsible for managing fisheries in federal waters off the U.S. West Coast, are currently reviewing important habitat protections. As part of that process, Oceana has submitted a comprehensive conservation proposal designed to protect sensitive ocean habitats from bottom trawling, including a precautionary closure to prevent the expansion of this fishing gear into deeper waters off Southern California. Bottom trawlers drag heavy trawl doors and footropes along the ocean floor to capture fish that live on and around the seafloor. In doing so, the gear can crush and topple delicate living habitats, like corals and sponges, which grow only millimeters a year.

“On this research expedition, we found evidence of a globally significant and largely pristine network of coral gardens, sponge beds and other fragile habitats,” reported Geoff Shester, California Campaign Director for Oceana. “We are only just beginning to unlock this region’s many undersea mysteries. A precautionary approach to protecting Southern California’s offshore waters from the effects of bottom trawling, at least until we have a chance to learn more about them, will benefit of our seafood supply, ocean health, and future generations.”

A complete description of the expedition findings is available here.

Underwater video can be accessed here and photographs can be viewed here.