UAV Solutions, Inc. has confirmed that two of its small unmanned aircraft systems (SUAS) participated in flight demonstrations as a part of the Robotic Aircraft for Public Safety (RAPS) Phase II project sponsored by the Department of Homeland Security (DHS) Science and Technology Directorate (S&T). The RAPS project was launched to assess the extent to which SUAS can enhance situational awareness in support of border security and law enforcement operations. 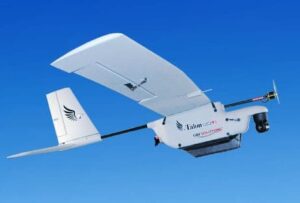 The Talon 120LE is a rugged man-portable UAS made of 7075 aircraft grade aluminum, foam and composite materials. With an endurance of greater than two hours, its modular nose payload section can house the UAVS Dragon View combined electro-optical/infrared (EO/IR) camera sensor or experimental payloads up to 2.5 lbs. Weighing 20 lbs. at take-off, this SUAS can be hand launched. 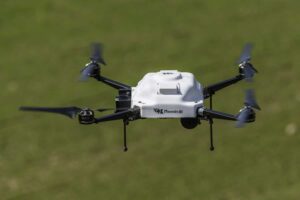 “We are developing low cost solutions that meet the needs of border security operators and law enforcement for scenarios where persistent surveillance is required,” stated Bill Davidson, chief executive officer and chief engineer. “All our aircraft platforms can be quickly deployed for instant situational awareness.”

The RAPS team is studying fixed- and rotary-wing aircraft having gross takeoff weights of 25 lbs. or less using key performance measures in a variety of stimulated but realistic, real-world operational scenarios that focus on the use of SUAS technology in response to situations where human lives are in imminent danger. DHS S&T developed a test plan for participants to follow and sample scenarios include emergency response, beacon response, injured operator/search and rescue and border surveillance.