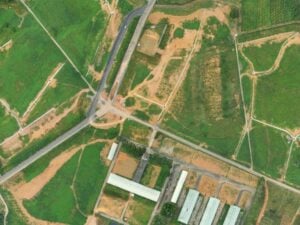 SimActive Inc., a developer of photogrammetry software, has announced the latest version of Correlator3D, the company’s photogrammetry solution for the generation of high-quality geospatial data from satellite and aerial imagery, including unmanned aerial vehicles (UAVs).

The new release includes a completely redesigned aerial triangulation (AT) module. The tie point extraction and bundle algorithms have been further enhanced, along with the added capability to address problematic input data (e.g. low overlap projects).

The release features an industry-first alignment tool which automatically registers new projects to older mosaics and DEMs. It removes the need for recollecting ground control points (GCPs). In addition, a new semi-automatic workflow has been developed for GCP tagging.

“Our significant R&D efforts on the AT are due to its substantial impact on all subsequent results”, said Louis Simard, CTO of SimActive. “As such, the release vastly improves and simplifies the entire production chain.”