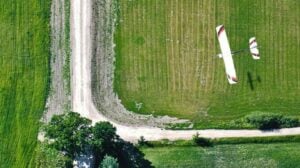 PrecisionHawk, a provider of unmanned data acquisition services, along with Verizon, Harris and DigitalGlobe Inc., has announced the successful completion of initial testing of high-performance airspace services for consumer and enterprise drones. The companies have integrated their technologies, Verizon’s LTE network, Harris’ ADS-B and aircraft surveillance network, DigitalGlobe’s Geospatial Big Data Platform and PrecisionHawk’s LATAS (Low Altitude Traffic and Airspace Safety) platform, to serve as a pathway for safe drone integration. Assessment of this ecosystem is currently taking place through the FAA Pathfinder program and the NASA UTM project.

“With this collaboration, the innovation of the tech community is addressing the timely need for a safety services to accelerate drone integration,” said Tyler Collins, Director of LATAS at PrecisionHawk. “Verizon, Harris and DigitalGlobe bring technology components, expertise and credibility that are critical to the success of this ecosystem. We look forward to expanding testing through the FAA Pathfinder and NASA UTM programs in 2015.”

“LTE networks have the potential to allow drones to deliver sensor data for processing, analysis and decision-making mid-flight and to receive command-and-control inputs in real-time, resulting in a safer, more reliable shared airspace,” said David Famolari, Director, Verizon Ventures. “While much further study is required, this demonstration is an important step in advancing industry efforts to safely manage commercial UAV operations at scale.”

Operating over LTE and through satellites, the LATAS platform connects airspace safety technologies such as detect and avoid, dynamic geofencing and aircraft tracking to provide “safety as a service” for the rapidly growing drone market. As the cellular network provider in the United States with the most 4G LTE coverage, Verizon brings secure and reliable connectivity to LATAS users. By utilizing the existing infrastructure of Verizon cell towers, LATAS is scalable for drones operating throughout the US.

“We are leveraging satellite-derived information to create consistent information and analytics for safe drone flights,” said Dr. Shay Har-Noy, DigitalGlobe’s Senior Director of Geospatial Big Data. “This is significant collaboration that represents a huge step forward for the FAA and the safety and well-being of the American public.”

As a provider of commercial high-resolution earth observation and advanced geospatial solutions, DigitalGlobe brings superior geospatial content and analytic capabilities for the identification of terrain and ground obstacles. PrecisionHawk’s LATAS system will tap into DigitalGlobe’s Geospatial Big Data (GBD) Platform so that drones can actively identify and avoid obstructions such as buildings, cable or tree lines based on highly accurate and current information about the world around them.

By bringing together advanced technologies, PrecisionHawk is working with the FAA and government officials to present and test the LATAS platform as a safe, reliable and scalable service for drones. PrecisionHawk will continue to bring in key technology and testing partners as the ecosystem expands its capabilities.