Sagem and Seguritech to Provide Drone Systems to Mexico 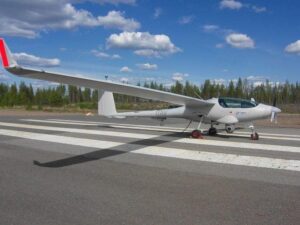 Sagem, a part of aerospace and defense company Safran, has announced that it has signed a collaboration agreement with Mexican security company Seguritech for the joint development in Mexico of cutting-edge technology solutions for defense and homeland security applications, including drone systems, airborne surveillance and command & control.

The alliance of Sagem and Seguritech confirms Mexico’s potential in aerospace, and its growing role as a key export player in the North and South American markets for governmental administrations, institutions and operators.

As a first stage in this agreement, Sagem will contribute its skills and expertise in aerial surveillance, based on its Patroller drone system, underpinning industrial collaboration between France and Mexico.

Developed by Sagem, the Patroller is a 1-ton class drone. It features a modular design, enabling it to carry a multi-sensor payload up to 250 kg, in the fuselage or in pods (optronics, radar and electronic warfare), with endurance exceeding 20 hours and a ceiling of 20,000 ft. Its design calls on 10 years of operational experience with Sagem’s Sperwer drone system in Afghanistan.

During tests in October and November 2014, the Patroller showed its ability to operate in civil airspace, under conditions of total air traffic safety, as part of the European program Odrea. This ability is essential for a drone to carry out homeland protection and security missions from shared civil and military airspaces.