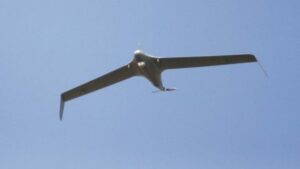 Israel Aerospace Industries (IAI), an aerospace and defense company, and Cella Energy, a developer of hydrogen-based energy technology, have announced that they have been awarded industrial research and development funding by Space Florida, the State of Florida’s aerospace and spaceport development authority, and MATIMOP, Israel’s Industrial Center for Research and Development. The grant was approved under the Florida-Israel Innovation Partnership Program for a collaborative project in the field of Unmanned Aerial Systems (UAS). The proposed collaborative project between IAI and Cella has been selected because of the near-term potential for commercialization and economic benefit for both Florida and Israel.

The two firms will develop and evaluate a fuel cell power system for IAI’s Bird Eye Mini UAV, based on Cella’s proprietary solid hydrogen fuel system. The potential benefit of the project is to double or even triple the UAV flight duration at the same battery weight, solving one of the biggest limitations of battery operated UAVs. The project is about to be launched, subjected to export regulations and collaboration agreement.

Cella’s proprietary hydrogen technology provides a low-weight, high-performance alternative to lithium-polymer batteries, the power source typically used in small UAVs. Cella has developed a plastic-like hydrogen storage material that can be pressed and shaped into any form. When heated above 100°C, hydrogen is released within minutes. Each gram of Cella material safely stores approximately one liter of hydrogen gas.

“Combining IAI’s legacy of excellence in aerospace manufacturing with Cella’s technological expertise in hydrogen storage could result in a UAV of unmatched performance,” said Stephen Bennington, Managing Director of Cella Energy. “We will be looking to expand our U.S. capabilities at the Kennedy Space Center to deliver this program.”

“We are looking forward to exploring the capabilities of Cella’s technology,” said Ofer Haruvi, Vice President of R&D and CTO at IAI’s Military Aircraft Group. “As part of IAI’s approach of continuous innovation, we will study the potential benefits of hydrogen energy to further strengthen our offerings to customers.”